And why are Republicans preparing to bail out Obamacare? Read and weep

The danger of a Republican bailout of Obamacare is mounting with every passing day. Moderate Republicans calling themselves the Problem Solvers Caucus are quietly negotiating with Democratic leaders Nancy Pelosi and Chuck Schumer to throw a multibillion-dollar lifeline to the Obamacare insurance exchanges.

This bailout, of course, would be an epic betrayal by the Republican Party, which has promised to repeal and replace the financially crumbling health law.

Obamacare’s apologists object to the term “bailout” for this rescue package. The left prefers the euphemism “stabilizing the insurance market.” They claim this is merely a payment to low-income families to help pay for escalating premiums. These payments were allegedly always part of the law as passed. 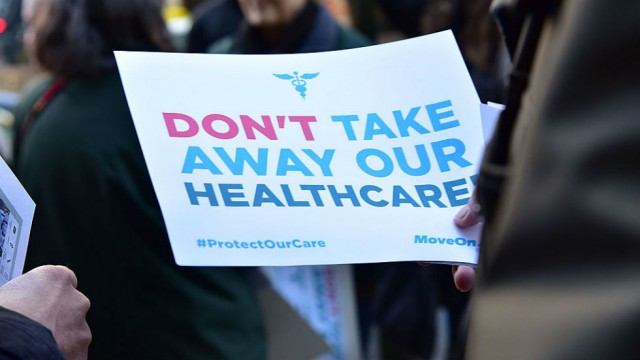 These were also the same people who swore to us that Obamacare wasn’t going to raise the federal deficit by a dime. Oh, really? Where is the $10-20 billion to pay for this new federal subsidy going to come from? Pixie dust?

Incidentally, is there even one single Obamacare promise that has been kept after seven years?

So why is everyone suddenly rallying for an Obamacare bailout? The answer is simple. The new health law has given rise to an Obamacare-industrial complex. The health system is now like a junkie hooked on federal payments.

Proponents argue that there was an innocent mistake in the language of the Affordable Care Act (imagine that — maybe next time they will read the bill before they vote on it) and that these bailout funds were intended to be automatic entitlement payments that would not have to be appropriated annually by Congress.

If they prevail, the insurance companies will get fatter and fatter checks from the government every year, no matter how much costs escalate. Financial accountability will be thrown out the window, and Obamacare will become an appendage of Medicaid, with exploding costs and a blank check from taxpayers.

This year the best estimate is that Obamacare will need at least $10 billion more to keep the system solvent. The death spiral in the program is intensifying with every passing month, so it’s highly predictable these costs will reach $20 billion next year and more in the years that follow.

You can call this a bailout or just a swindle of taxpayers who were fed a litany of lies about Obamacare’s virtues from the very start. Either way, taxpayers get shafted (again) and the Obamacare-industrial complex gets fat and happy. If Republicans are partners to this fiscal crime, then they are as culpable as the Democrats who passed this turkey in the first place and they certainly don’t deserve to be the governing party.

And why are Republicans preparing to bail out Obamacare? Read and weep, WorldTribune.com