Behavior of movie-goers between L.A. and NYC stuns Hollywood 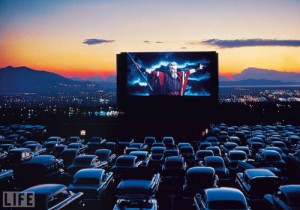 “Hollywood just thinks it’s New York and L.A., that’s all that exists,” he said.“There are a bunch of states in between with a lot of people that have good morals, strong beliefs. They want movies that inspire them, that inspire their kids. … And if you look at the history of Hollywood — if you look at the movies with the biggest return — it’s always been family movies, comedies, things like that.”

The star of the mega-hit Hercules, which he told Beck was once the most-watched show in the world, Sorbo is one of the stars in the recent box office success God’s Not Dead. Costing only roughly $2 million to create, the movie has already made back over $50 million.

The film joins Heaven Is For Real and Son of God as yet another face-based movie that has stunned critics at the box office in recent months.

“Freedom of speech — it seems to be something that’s sort of going away in this country,” Sorbo commented. “I don’t mind other people’s points of view. I’m open to debate. … It’s just weird that — why does the viewpoint coming from conservative Christians in Hollywood have to be cut off? I don’t get it.”