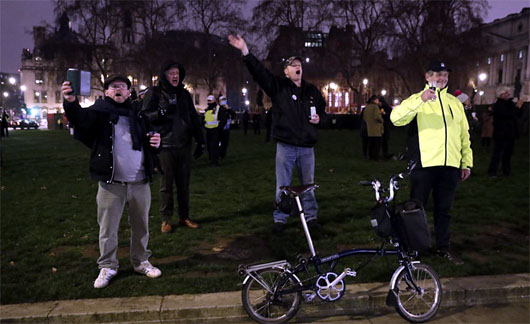 LONDON (AP) — Britain’s long and sometimes acrimonious divorce from the European Union ended Thursday with an economic split that leaves the EU smaller and the U.K. freer but more isolated in a turbulent world.

Britain left the European bloc’s vast single market for people, goods and services at 11 p.m. London time, midnight in Brussels, completing the biggest single economic change the country has experienced since World War II. A different U.K.-EU trade deal will bring new restrictions and red tape, but for British Brexit supporters, it means reclaiming national independence from the EU and its web of rules.

Prime Minister Boris Johnson, whose support for Brexit helped push the country out of the EU, called it “an amazing moment for this country.”

“We have our freedom in our hands, and it is up to us to make the most of it,” he said in a New Year’s video message.