The Public and Intergovernmental Affairs Office of the U.S. Department of Veterans Affairs is very concerned.

What these entrenched government employees care most about, above all else, is the business of spin and stonewalling. 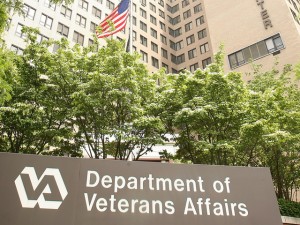 In a string of internal email documents I obtained from last fall, several VA press staffers spent seven months dragging their feet on a Freedom of Information Act request filed in March 2013 by disabled vet and attorney Benjamin Krause. He and other vets wanted to know how exactly the VA’s communications budget was being spent on public relations campaigns, advertisements, online publications and contracts.

Ballesteros wrote that Krause’s website “appears to have a distinct anti-VA tone.” He advised the VA’s taxpayer-funded public affairs specialists: “We should proceed cautiously with this one.”

What exactly did that mean? Ultimately, the office supplied data in response to Krause’s request — but not before Ballesteros imposed what appears to be a selective, pre-FOIA release policy based on viewpoint discrimination. “Let’s ensure the material is socialized before we provide it to the organization,” Ballesteros told his colleagues.

As Krause explained it to me, the VA “is using systems that allow it to track the influence of Congress and negative reporting” across traditional and social media. Color-coded weekly and monthly “media analysis briefs” cheer on the VA’s spin-control penetration on Twitter and Facebook. Bar charts, maps and ratings track congressional critics and activists. Last fall, the office kept paranoid tallies of pro and con statements on the ever-growing backlog of VA cases. Last fall’s media analysis reports obsessed over “mitigating” widespread criticism — from social media to “Fox and Friends” to “The Daily Show” — of VA bonuses and shoddy care.

It was in the course of probing those monitoring efforts that Krause discovered that “the VA Public Affairs thinks my website is ‘anti-VA’ instead of ‘pro-Veteran’ and is using viewpoint-centric censoring within its FOIA office,” he told me.

It certainly may not be the first time.

House Committee on Veterans’ Affairs Chairman Rep. Jeff Miller, whose statements are tracked by the VA propaganda machine, also has run into the stone wall. As of last week, the VA was sitting on nearly 100 separate requests for information from the House panel. Sixty-eight of those requests have been pending for more than 60 days. There are three outstanding requests from 2012.

When I called attention to the internal VA documents involving Krause’s FOIA request, Miller told me in a statement:

“These emails are troubling, but they are not at all surprising. Stonewalling Congress, the press and the public has become a way of life at the Department of Veterans Affairs, where entrenched bureaucrats play semantic games in an attempt to mislead. Examples of this strategy are everywhere, whether it’s VA’s habit of pointing to non-disciplinary actions such as employee retirements and transfers, or bureaucratic slaps on the wrist such as temporary written warnings in a disingenuous attempt to create the illusion of accountability, or the department’s repeated refusals to answer questions from Congress and the press, as documented on our committee’s Trials in Transparency and VA Honesty Project web pages.”

Miller added: “As VA’s despicable delays in care crisis made painfully clear, the department’s extreme secrecy has resulted in deadly consequences. And it’s well past time for department leaders at all levels to understand that taxpayer-funded organizations such as VA have a responsibility to provide information to Congress and the public rather than stonewalling them.”

Whether ordinary taxpayer or congressional investigator, truth-seekers are apparently treated the same by the VA spin patrol: as nuisances and threats to their power and comfort.