Democrats pray for a recession: What’s wrong with these people?

Last week, I gave a talk to high-wealth investors in San Francisco — not exactly an audience of left-wing activists — and people kept asking me the question of the day: “Will there be a recession?” My reply: I’d never say never, but I don’t see a recession in 2020. And if we get a trade deal with China, the economy is going to soar.

What was disconcerting was the audience reaction. Many people frowned. One woman shouted at me: “I want a recession so we can get rid of Trump.” 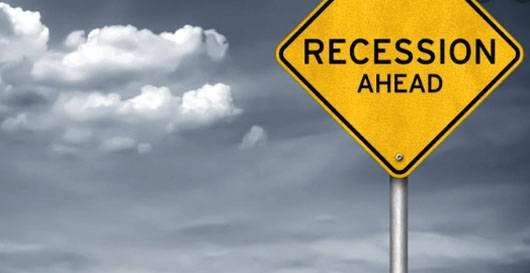 The woman crossed her arms and scoffed. Now I get it that San Fran is the epicenter of anti-Trump derangement syndrome, and so maybe I shouldn’t have been surprised.

But now we see Democratic leaders and the “unbiased” media openly rooting for a recession. The drumbeat for an economic contraction has been nonstop for the last two weeks. Maryland Rep. John Delaney, a Democratic presidential candidate, recently chastised his own party for cheerleading a financial collapse.

All of this negativity has made Democrats appear so bloodthirsty for power that they want American workers to suffer so they can reclaim the crown. The people who would be hurt most by this hoped-for end to prosperity would not be the superrich — people like HBO’s Bill Maher, who every week pines for economic pain and suffering — but the very working-class Americans that liberals insist they stand behind. Right.

Ironically, these economic pessimists are many of the same people who, while Barack Obama was president, accused the Republicans of “talking down the economy.” Many of the economists who are forecasting recession are also the sages who, three years ago, predicted that Trump’s election would cause a second Great Depression. What a track record.

Can the media and the pundits talk America into a recession? They want to, but probably not. We do know, however, the fuel that can drive growth is not just good policy — tax rate cuts, deregulation, sound and stable monetary policy — but also investor, worker and business confidence and optimism. Wet blankets of negativity don’t help.

The news that has been buried about the economy has been some of the best jobs and income data in half a century:
— We have the lowest unemployment rate since the 1960s.
— We have the lowest unemployment rate for women, blacks, Hispanics and those without a high school diploma since 1969.
— We have the lowest inflation rate in 50 years.
— We have the lowest interest rates in most people’s lifetimes. The 30-year mortgage rate in many markets is down to 3.5 percent. When Jimmy Carter was president, rates for mortgages hit 20 percent.
— The wealth of American families and businesses recently reached $100 trillion for the first time ever. As more than half of all families own stock, this wealth burst affects nearly everyone.
— Wage growth for workers is at or near a 20-year high, and recent revisions by the Labor Department show fatter paychecks in 2017 and 2018 than previously thought.
— Today in America, there are 7.5 million unfilled jobs. This is the highest level of job openings in American history.

Trump has been ridiculed for calling this economy a “blockbuster,” but he’s mostly right.

Is there a slowdown in 2019? Undeniably, yes. Growth has slowed in the last year from 3%-plus to just barely 2% this year. The slowdown is reflected in weak manufacturing and industrial production in 2019 and a troubling drop-off in business capital spending. Consumers are spending — thanks to the tax cuts and wage gains — but that can only take the economy so far.

Sustainable growth depends on business formation and expansion, not consumer shopping. We know what’s holding that back: the trade war with China, a Fed that’s too tight and the headwinds of an economic stall-out in Germany, the rest of the European Union and Japan.

Most countries in the world would love to have America’s economic conditions. I will stick with my prediction that if and when Trump gets a deal with Beijing that ends the tariff wars, the economy will soar and the recession rooters will look mighty foolish — again.

Democrats pray for a recession: What’s wrong with these people?, Stephen Moore, WorldTribune.com