Thugocracy: How the VA red-flags veterans who complain about not getting ‘quality care’

Imagine how much better off America’s veterans would be if the federal government spent more time delivering actual care and less time compiling tyrannical lists. The death-inducing secret waiting lists for patients are just the tip of the iceberg.

Did you know, for example, that the VA keeps a database on “disgruntled” and “disruptive” vets that results in arbitrarily restricted care? 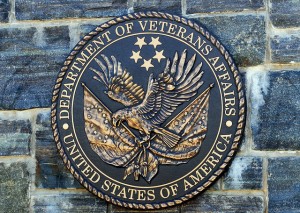 Disabled Air Force veteran and veterans advocate/attorney Benjamin Krause has been raising questions about the system for months and warning his peers. Under the VA policy on “patient record flags” (PRFs), federal bureaucrats can classify vets as “threats” based on assessments of their “difficult,” “annoying” and “non-compliant” behavior.

The VA manual says the flags “are used to alert Veterans Health Administration medical staff and employees of patients whose behavior and characteristics may pose a threat either to their safety, the safety of other patients, or compromise the delivery of quality health care.”

That last phrase is priceless. Untold numbers of vets are dead, and legions more have languished because of the VA’s failure to deliver “quality health care.” The Office of Special Counsel just confirmed to President Obama this week that vets across the country were exposed to contaminated drinking water, dirty surgical tools, untrained doctors and neglectful nurses — and that whistleblowers were retaliated against or ignored.

Yet, the VA’s soulless paper-pushers seem more preoccupied with flagging and punishing “disruptive” vets who have dared to complain about their disgraceful treatment and abuse.

Get this: Among examples of patients’ behavior referred to the VA’s “Disruptive Behavior Committees” (yes, that’s what they’re called): venting “frustration about VA services and/or wait times, threatening lawsuits or to have people fired, and frequent unwarranted visits to the emergency department or telephone calls to facility staff.”

As Krause explains, the Disruptive Behavior Committees are secret panels “that decide whether or not to flag veterans without providing due process first. The veteran then has his or her right of access to care restricted without prior notice.”

Veterans need look no further than the IRS witch hunts for reason to fear abuse of this monitoring system. The definition of “disruptive” is completely arbitrary. That’s not just my opinion. The VA inspector general concluded last spring that the bureaucracy “does not have a comprehensive definition of what constitutes disruptive behavior.”

Krause writes: “While I am sure some veterans need some form of a flag, I am also aware of numerous veterans who were unfairly targeted for a variety of unreasonable reasons.” Krause told me this week that “the bean-counters” may have flagged at least one veteran for being “too expensive.” And “trouble-makers” who are educated and know their rights are especially vulnerable. It’s absolutely chilling.

“This discussion of patient record flags has me fired up,” Krause explained, “because of the clear unconstitutional nature of the program. It reminds me of the old Communist techniques used to keep Soviet citizens in check, since I am aware of more than a few veterans who are flagged merely because of their threat to sue VA.”

As one disabled veteran, Lawrence Kelley, told me after he learned of a flag on his record after he became vocal about his veterans rights advocacy: “Once you complain, you are on their hit list forever.” VA officials refused to treat him and physically evicted him from a facility. He’s now challenging the flag.

This is an “intimidation tactic,” pure and simple, Krause warns. And Obama’s Department of Homeland Security Federal Protective Service is now providing muscle to deter sick vets from protesting in front of VA hospitals.
More of your tax-subsidized thugocracy at work.

LIFE, Michelle Malkin, Thugocracy: How the VA red-flags veterans who complain about not getting ‘quality care’, Veterans Administration, WorldTribune.com