Some sore losers just don’t know when to pick up their billion-dollar marbles and go away. Far, far away.

I’m looking at you, Michael Bloomberg.

The former New York City mayor mouthed off about my adopted hometown of Colorado Springs and my friends in nearby Pueblo in Rolling Stone magazine this month. He snidely bashed our neighborhoods as backwater holes “where I don’t think there’s roads. It’s as far rural as you can get.” 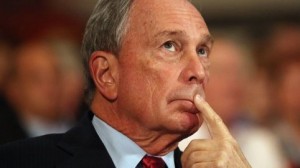 Snotty Bloomberg is as clueless about geography as he is about the Second Amendment. Colorado Springs and Pueblo are the second and seventh largest cities in the state, respectively. If we’re hee-haw, everyone’s hee-haw. (And what’s wrong with hee-haw, anyway?)

Why such vitriol and hatred for the Rockies from the man who pompously co-founded the “No Labels” movement for “civility” in politics?

The recall organizers were outspent by a whopping 7-to-1 margin. Bloomberg poured $350,000 into the failed effort to stave off the historic recalls.

Listen up, Bloomie: Butt out of our state and mind your own crumbling city before you bash anyone else’s infrastructure.

You were mayor of New York City for 12 years. How are your roads, bridges and utilities doing, Pal?

According to the Center for an Urban Future’s Adam Forman, “1,000 miles of water mains, 170 school buildings and 165 bridges were constructed over a century ago. The city’s public hospital buildings are 57 years old, on average, and 531 public housing towers were built prior to 1950.” The center’s report documented 403 water main breaks last year. And in 2012, “162 bridges across the city — or 11 percent of the total — were structurally deficient,” and 47 of these were deemed “fracture critical.”

Take a Big Gulp of these additional fun facts:

“Approximately 4,000 miles of sewer pipe across the city are made of vitreous clay, a material susceptible to cracking and blockage.

Meanwhile, 1,500 of the 2,600 public housing buildings do not comply with local standards for exterior and facade conditions.

In Manhattan and Staten Island, less than 60 percent of roads were rated “good” by residents. A “staggering 65.9 percent of streets in West Harlem/Morningside Heights” were in “fair to poor condition.”

Highway maintenance has deteriorated over Bloomberg’s tenure. In 2012, 51 percent of highways were rated poor to fair, compared to 38 percent in 2008. “Conditions have declined in every borough except Brooklyn.”

Oh, and dare I mention to you and your city slicker clique that embarrassing time you had a few Christmas seasons ago dealing with a few feet of snow. Hundreds of ambulances were left stranded. Mass transit was paralyzed. Businesses suffered. Your bungling and AWOL jet setting (Bloomberg was flying to Bermuda while New Yorkers braced for the storm) cost taxpayers the entire $40 million snow removal budget and $30 million in city overtime.

But we’re the bumbling yokels?

Go home, Nanny Bloomberg. Keep your high-and-mighty nose out of our business, your hands off our guns and your money out of our state.