In the 21st Century, senior citizens are getting the invisible treatment from Tinseltown, some critics say. 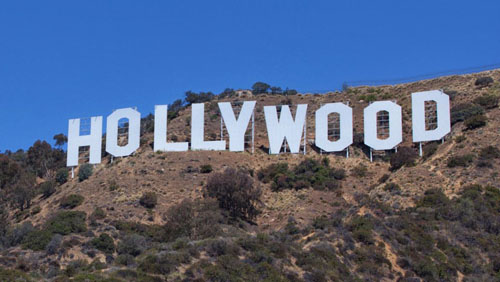 “Films have an impact on how our children view life, in general,” said Dan Weber, president of the Association of Mature American Citizens [AMAC]. “Thus, the negative portrayal of ageing in the movies and on TV has the insidious effect of making discrimination based on age not so cruel, but rather ‘cool’ in the minds of youngsters.”

Weber cited a study by Humana and the University of Southern California which concluded that Hollywood ridicules senior citizens in the movies.

In a review of the top 100 films of 2015, the study found that “Only 11% of speaking characters were 60 years of age or older, despite currently representing 18.5% of the population. Only 10 films featured an actor 60 years of age or older in a leading or co-leading role. As is the case with many other groups, film simply does not present a picture of the world in which we live.”

While the representation of seniors is one problem area, the study said “the language used to discuss aging is even more troubling.”

The study cited such lines in flims as:

“Old-ass gangster.”
“That senior bus was running late, huh?”
“You are nothing but a relic from a deleted timeline.”
“We’re about to give these old bitches a nice little serving of youth.”
“Considering she’s actually a terrible old witch.”
“Careful. You’ll never get back up again.”
“Don’t let him rile you up. He’s just a senile old man.”

San Francisco-based psychologist and psychotherapist Tamara McClintock Greenberg, in an article for Psychology Today, wrote: “Why people are increasingly treated as if they’re invisible as they age (more prevalent it seems, for women) is curious, though perhaps not surprising. We live in a youth-fixated culture where people are afraid to age and to be vulnerable to growing older; where ideals about attractiveness are oriented around those with young, healthy bodies.”

Author Ashton Applewhite, who created an ageism research resource Web site called Old School, said that “The messages are everywhere that old is not as good as young. We are ageist any time we make an assumption about a person or a group of people on the basis of how old they appear to be.”

“Ageism has not been challenged in the culture at large,” says Applewhite, who added that ageism is as unacceptable as racism, sexism and any other form of discrimination.

The Old School Web site, Applewhite said, is designed to provide teachers with anti-ageism tools to allow them to create a positive view of growing old.

Dr. John C. Cavanaugh, a Fellow of the Gerontological Society of America, believes that teachers need to be providing students with a more affirmative attitude toward the elderly early on in the classroom. “Young people have a skewed view or even a blank spot when it comes to this population. From pre-school to high school, a lot of students don’t get any exposure to issues of aging.”

Weber said that the fast growing population of senior citizens in the U.S. is determined to be heard – and seen.

“We are alive and well and, particularly when it comes to ageism, we are not going to take it anymore.”