Black journalist Chuck Stone was one of those people whose passing makes us think, “We shall not see his like again.”

He was passionately interested in racial issues but he was never a race hustler. He followed nobody’s party line but called the issues as he saw them. 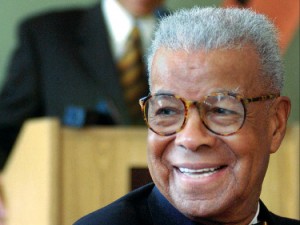 Chuck Stone was a three-dimensional man, not like the cardboard cutouts with standard-issue liberal talking points that we see too often in the media today.

He was with the liberals on many issues, but he did not hesitate to advocate the death penalty, and he said: “We have got to stop apologizing for the self-destructive little savages in our communities.” He called the defense of such people “committing genocide against ourselves.”

Journalism was just one of his careers. At various times and places, Stone was a navigator for the Tuskegee Airmen during World War II, and later an official of CARE, distributing food to the hungry in India. With a Master’s degree from the University of Chicago, he sometimes taught at colleges.

Stone picked up many honors and awards along the way, but perhaps the greatest honor was that accorded him by a foundation president who said simply, “people trust Chuck.”

Armed and dangerous criminals surrendered to him, rather than to the police, trusting that he would try to get them a fair trial, or at least spare them a beating by the police.

By the same token, Stone was so respected by the governor of Pennsylvania that he was asked by the governor to go into a prison where armed inmates were holding hostages, in order to try to negotiate a peaceful end of the crisis.

Though widely praised later for his courage in going into this deadly situation, Stone said: “I was so scared I thought I was going to cry.”

But courage does not consist in a lack of fear. Only a fool has no fear. Courage is the ability to get the job done in spite of fear. He got the job done.

When Chuck Stone was editor of The Chicago Defender, a black newspaper, his editorials attacking the Daley machine caused him to be fired. The powers that be at the newspaper apparently feared that these attacks could cause them to lose the advertising money they received from Mayor Daley’s election campaign.

After he was fired by The Chicago Defender, Stone received a phone call from legendary Harlem Congressman Adam Clayton Powell, who knew him from his days as a reporter in New York. Powell offered him a job as his special assistant, saying: “Come on home to Big Daddy.”

Chuck Stone’s favorite career may have been serving as legislative aide to Congressman Powell, whom he admired but never canonized. He enjoyed being at the center of the political action, especially when Powell was at the peak of his political power and influence, and was considered to be “Mr. Civil Rights.”

Among Stone’s tasks was issuing “clarifying” statements after some off-hand remark by Powell had set off a furor. Stone later wrote a novel titled “King Strut,” about a character much like the flamboyant Congressman.

What I most remember from my own brief contacts with Chuck Stone, years ago, was his comment after we exchanged views on racial issues.

“You are a black nationalist,” he said. This was one of the few names I had never been called before.

“You are still a black nationalist,” he insisted.

The term would certainly apply to Chuck Stone himself. He advocated self-help.

“Before there were food stamps,” he said, “people fed their families. Before there was federal aid to education, black kids went to college.” As for “black English,” he called it a “cop out” from rigorous standards.