Memo to my conservative #NeverTrump friends: No, we cannot survive another single year under the Left

When you differ from people you admire, you have to question yourself. After all, what is the purpose of admiring people if they aren’t capable of influencing you?

So, I have had to challenge my position — stated since the outset of the Republican presidential debates — that if Donald Trump wins the Republican nomination, I will vote for him over Hillary Clinton, or any Democrat for that matter. 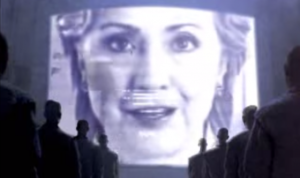 I devoted many hours of radio and many columns to criticizing Trump. His virtually assured nomination has therefore caused me grief as an American, a Republican and a conservative. That his character defects, gaps in knowledge on some important issues, and lack of identifiably conservative principles came to mean little to so many Republican voters is quite troubling. (Though, I might add, it is even more troubling that virtually all Democrats ignore the even worse character of Hillary Clinton, as well as the idiotic socialist ideas of Sen. Bernie Sanders.)

#NeverTrump conservatives, such as (in alphabetical order) Jonah Goldberg, Bill Kristol, Ben Shapiro, Bret Stephens and George Will are not merely people I admire — they are friends and colleagues. Goldberg, Stephens and Will have made multiple videos for Prager University, which receive millions of views. Shapiro and I have spent Shabbat together. I have had the privilege of writing for Kristol’s The Weekly Standard and having him on my show many times. And I have enthusiastically promoted their books. These individuals are special to me not only as thinkers, but as people.

However, in the final analysis, I do not find their arguments compelling.

Take the “conscience” argument that one can sleep with a clear conscience by not voting for Trump. I don’t find it compelling because it means that your conscience is clear after making it possible for Clinton or any other Democrat to win.

In fact, the “conscience” argument is so weak that Goldberg — to his credit — published a column two days ago titled “Sorry, I Still Won’t Ever Vote for Trump.” He wrote, “If the election were a perfect tie, and the vote fell to me and me alone, I’d probably vote for none other than Donald Trump.”

Shouldn’t all Americans vote as if their vote were the deciding vote? Including those whose votes “don’t count” because they live in states that are so left-wing they would still vote Democrat if Vladimir Lenin headed the Democratic ticket?

The choice this November is tragic. As it often happens in life, this choice is between bad and worse, not bad and good.

But America has made that choice before. When forced to choose between bad and worse, we supported Joseph Stalin against Adolf Hitler, and we supported right-wing authoritarians against Communist totalitarians.

It seems to me that the #NeverTrump conservatives want to remain morally pure. I understand that temptation. I am tempted, too. But if you wish to vanquish the bad, it is not possible — at least not on this side of the afterlife — to remain pure.

The most moving interview of my 33 years in radio was with Irene Opdyke, a Polish Catholic woman.

Opdyke became the mistress of a married Nazi officer in order to save the lives of 12 Jews. She hid them in the cellar of the officer’s house in Warsaw. There were some Christians who called my show to say that Opdyke’s actions were wrong, that she had in fact sinned because she knowingly committed a mortal sin. In their view, she compromised Catholic/Christian doctrine.

In my view — and, I believe, the view of most Catholics and other Christians — she brought glory to her God and her faith. Why? Because circumstances almost always determine what is moral, even for religious people like myself who believe in moral absolutes. That’s why the act of dropping atom bombs on Japan was moral.

The circumstances (ending a war that would otherwise continue taking millions of lives) made moral what under other circumstances would be immoral.

In the 2016 presidential race, I am not interested in moral purity. I am interested in defeating the Left and its party, the Democratic Party.

The notion (expressed by virtually every #NeverTrump advocate) that we can live with another four years of a Democratic president is, forgive me, mind-boggling. To that end, with at least one, and probably multiple, additional leftists on the Supreme Court, a Republican presidential victory in 2020 would mean little. All the Left needs is the judicial branch, especially the Supreme Court. Left-wing judges pass so many left-wing laws that they render those who control Congress, and even the White House, almost irrelevant.

Here, then, are nine reasons (there are more) why a conservative should prefer a Trump presidency to a Democrat presidency:

— Prevent a left-wing Supreme Court.
— Increase the defense budget.
— Repeal, or at least modify, the Dodd-Frank act.
— Prevent Washington, D.C. from becoming a state and giving the Democrats another two permanent senators.
— Repeal Obamacare.
— Curtail illegal immigration, a goal that doesn’t necessarily have anything to do with xenophobia or nativism (just look at Western Europe).
— Reduce job-killing regulations on large and small businesses.
— Lower the corporate income tax and bring back hundreds of billions of offshore dollars to the United States.
— Continue fracking, which the Left, in its science-rejecting hysteria, opposes.

For these reasons, I, unlike my friends, could not live with my conscience if I voted to help the America-destroying Left win the presidency in any way.

I just don’t understand how anyone who understands the threat the Left and the Democrats pose on America will refuse to vote for the only person who can stop them.

Dennis Prager, LIFE, Memo to my conservative #NeverTrump friends: No, we cannot survive another single year under the Left, WorldTribune.com