Memories of the real Nixon, from his last days 20 years ago

Richard Nixon died 20 years ago on April 22, 1994, days after suffering a stroke. The man at the center of Watergate was far different from the way he was portrayed by the press, reveals Monica Crowley, who worked closely with him as his foreign policy assistant for the last four years of his life. Exclusively for Newsmax, she reveals the wit, wisdom, and thoughts of the president during his final days. 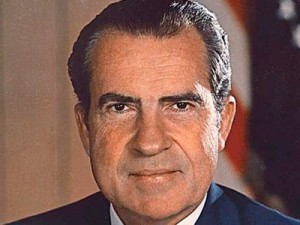 The Nixon I came to know was far from the absurd, dark caricature painted by a hostile press. He was brilliant, kind, magnanimous, warm, and witty, willing to share his wisdom, experiences, joys, and regrets openly and freely.

He was a fascinating and generous mentor and a very good man. Above all, he was a visionary. He was one of the few American leaders who could see what the world — and the country — were going to look like years into the future, and made American policy to anticipate that world. …

A few days before he died, he came across a magazine article that referred to him as “sinister.” He said to me, “This is what we are up against, and it will never stop, regardless of how much good I do and how many times I apologize and how many dues I pay. This is it. This is the way it’s going to be.”

Perhaps, but it was also grossly unfair ….  At the center of American politics for almost 50 years, Nixon commanded a significance that went beyond political influence. Whether championing anti-communism or the need to help a post-cold war Russia, civil rights or ending the draft, a “peace with honor” in Vietnam or a rapprochement with China, responsible arms control, or educational opportunity, Nixon was there. In so many ways, he shaped the second half of the American century.

from his last days 20 years ago, LIFE, Memories of the real Nixon, Monica Crowley, WorldTribune