Messing with our minds: Facebook launches get out the vote drive

SAN FRANCISCO — Facebook wants you to get out to vote. 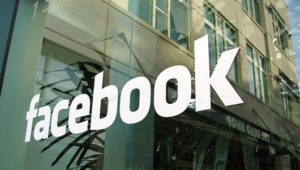 On Friday, Facebook users in the U.S. who are 18 and up will receive a reminder to register to vote at the top of their News Feed. The voter registration drive, Facebook’s first to roll out nationwide, is tapping the power of social media to influence millions of people and their friends, especially young people who are less likely to turn out. The reminder will be sent out over the next four days, Facebook said.

Clicking on the “Register Now” button sends voters to the federal government’s vote.USA.gov which guides them through the registration process in their state. After registering to vote, users can share their status, a subtle form of social pressure for friends to perform their civic duty, too.

Facebook did not provide an estimate of how many people would see the notification. But the giant social network is taking aim at a consistent pattern of voter apathy. Nearly 35% of U.S. citizens eligible to vote in 2012 were not registered, according to Census data. “We thought we had a unique ability and responsibility to show people this reminder that they should be checking their registration so they can participate in the election,” Katie Harbath, Facebook’s director of government outreach, told USA TODAY.