Not so ‘Great Society’: Relieving Americans of individual responsibility has polarized the nation

Among the many disturbing signs of our times are conservatives and libertarians of high intelligence and high principles who are advocating government programs that relieve people of the necessity of working to provide their own livelihoods.

Generations ago, both religious people and socialists were agreed on the proposition that “he who does not work, neither shall he eat.” Both would come to the aid of those unable to work. But the idea that people who simply choose not to work should be supported by money taken from those who are working was rejected across the ideological spectrum. 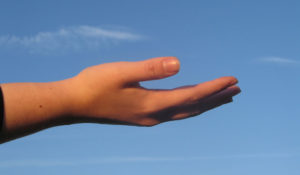 How we got to the present situation is a long story, but the painful fact is that we are here now. Among the leading minds of our times, including Charles Murray today and the late and great Milton Friedman earlier, there have been proposals for ways of subsidizing the poor without the suffocating distortions of the government’s welfare state bureaucracy.

Professor Friedman’s plan for a negative income tax to help the poor has already been put into practice. But, contrary to his intention to have this replace the welfare state bureaucracy, it has been simply tacked on to all the many other government programs, instead of replacing them.

It is not inevitable that the same thing will happen to Charles Murray’s plan, but I would bet the rent money that there would be the same end result.

Just what specific problem is so dire as to cause some conservatives and libertarians to propose that the government come to the rescue by giving every adult money to live on without working?

Poverty? “Poverty” today means whatever government statisticians in Washington say it means — no more and no less. Most Americans living below the official poverty line today have central air-conditioning, cable television for multiple TV sets, own at least one motor vehicle, and have many other amenities that most of the human race never had for most of its existence.

Most Americans did not have central air-conditioning or cable television as recently as the 1980s. A scholar who spent years studying Latin America has called the poverty line in America the upper middle class in Mexico.

Low-income neighborhoods suffer far more from social degeneration, including high rates of crime and violence, than from material deprivation.

Welfare state guarantees of not having to work, however the particular policies are applied, are not a solution. Relieving people of personal responsibility for their own lives, however it is done, is a major part of the problem.

Before there can be a welfare state in a democratic country, there must first be a welfare state vision that becomes sufficiently pervasive to allow a welfare state to be created. That vision, in which people are “entitled” to what others have produced, is at the heart of the social degeneration that can be traced back to the 1960s.

Teenage pregnancies, venereal diseases, dependency on government and murder rates were all going down during the much disdained 1950s. All reversed and shot up as the welfare state, and the social vision behind the welfare state, took over in the 1960s.

That vision featured non-judgmental rewards and non-judgmental leniency toward counterproductive behavior, whether crime or irresponsible sex and its consequences. But relieving people from the responsibilities and challenges of life is doing them no favor. Nor is it a favor to society at large.

American society has become more polarized under the welfare state vision. Nor is it hard to see why. If we are all “entitled” to benefits, just by being present, why are some entitled to so little while others have so much?

In an entitlement context, all sorts of “gaps” and “disparities” automatically become “inequities,” and a reason for lashing out at others, instead of improving yourself. Only in a society in which rewards are based on contributions is there any reasonable reply to the question as to why Bill Gates has so much and others so little.

The track record of divorcing personal rewards from personal contributions hardly justifies more of the same, even when it is in a more sophisticated form. Sophisticated social disaster is still disaster — and we already have too much of that.