Opioid crisis ‘crosses all demographics, all races, and all socioeconomic backgrounds’

Dennis Prager is off. The following is a column by Salena Zito.

Eric Hargan is about to get a demotion, and he is just fine with that.

The acting secretary of the Department of Health and Human Services is more than thrilled to go back to the position he originally held. President Trump tapped him to lead the agency after Tom Price resigned when scrutiny of his travel habits revealed a taste for the excess. 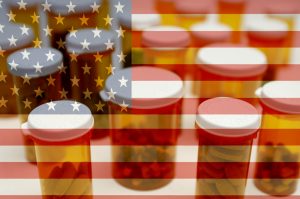 “I was confirmed for my job as deputy secretary, and four days later, I was appointed to be the acting secretary,” he said of the agency that oversees drug development, public health efforts, Obamacare and food safety.

Alex Azar is the president’s new choice to run HHS. Hargan sat for this interview as Azar faced his first Senate confirmation hearing on Nov. 29. Hargan has held the position since early October, but this is certainly not his first rodeo at HHS. From 2003 to 2007, he served here under then-President George W. Bush.

Hargan is a man grounded in his family’s roots in Mound City, a small southern Illinois town just across the Ohio River from Kentucky where his parents not only advocated for a lifetime in public service but also led by example.

He said: “I grew up on a farm, my father held different local elected offices from county commissioner to school board, and my mother worked in a variety of healthcare roles throughout her life; first at St. Mary’s hospital, which is no longer there, and then at the Cairo Community Health Clinic. All total, a career serving her community’s healthcare that spanned 58 years.”

It is a background that shaped his journey from a town of 700 to the center of power and wealth in America. And whether he is serving as acting secretary or deputy secretary, Hargan sees his role at HHS as one that digs deep to cut bureaucracy, roll back antiquated regulations and mold the agency to become more accountable in its mission to serve public health.

He speaks about the need to address the opioid crisis, a widespread problem that has impacted not only his own small town but also the cities and suburbs in between — on both coasts. He said: “I have heard so many stories of parents whose children who live a pattern of overdoses, sometimes day after day. One of the things in the agency we want to do is to clarify that both doctors and hospitals can share that information with parents and family members when their loved ones are incapacitated or in immediate danger from an opioid overdose. It is an empowerment designed to assist the families and the neighborhoods and communities who are on the front lines of the epidemic.”

Hargan faced reporters at the White House almost three weeks ago to discuss Trump’s decision to donate his third-quarter salary to HHS in order to combat the opioid crisis. Hargan said the donation would be used for the planning and design of a large-scale public awareness campaign about opioid addiction.

“His decision to donate his salary is a tribute to his compassion, to his patriotism and his sense of duty to the American people,” he said.

According to Hargan, Trump has stressed that opioids are an American crisis and wants all hands on deck to finds solutions. Hargan notes: “When the president tells us to focus, we focus, and we have a trillion-dollar plus department. Even just shifting our focus a little bit — a lot can get done, if we’re serious.”

When President Bush took office, he focused on the issues surrounding AIDS. “The president’s emergency plan for AIDS relief, his particular passion in that for HIV/AIDS ended up, by all accounts, saving millions of lives in sub-Saharan Africa,” Hargan said.

And Hargan added: “President Trump is focusing on the opioid crisis, again, like the AIDS crisis in Africa; the opioids crisis in the U.S. is a real crisis. It has rolled on from where I grew up to everywhere now. It crosses all demographics, all races, and all socioeconomic backgrounds. It is the crisis of our time and one we are laser-focused on.”

That is his mission, whether he is acting secretary or deputy secretary. “We will get the job done,” he says.

Salena Zito is a CNN political analyst, and a staff reporter and columnist for the Washington Examiner. She reaches the Everyman and Everywoman through shoe-leather journalism, traveling from Main Street to the beltway and all places in between.