President of the USA: Nice job if you can get it

One evening in March, during a visit to Italy, President Obama asked the U.S. ambassador to round up a bunch of — and I quote — “interesting Italians” for a dinner at the ambassadorial residence. The history of the property, the Villa Taverna, goes as far back as the tenth century. Its art collection includes Roman sarcophagi and centuries-old imperial busts. The menu that evening included a variety of pastas, and wines from Tuscany and the regions around Venice. Dinner lasted four hours. 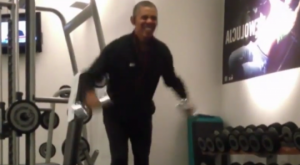 In this sumptuous and Baroque setting, amid these beautiful artifacts of long-gone civilizations, enjoying the finest foods and most delicate wines, President Obama was at home. The interesting Italians surrounding him included a particle physicist, two heirs to the Fiat auto fortune, and the postmodern architect Renzo Piano. The dinner conversation, according to Politico’s Carrie Budoff Brown and Jennifer Epstein, touched on architecture, on art, on science, and on urban planning. Protocol demands that the president be the first guest to leave such an event. But Obama would not shut up. It was “a quite long dinner,” Piano told Politico. …

The next morning, during a briefing, the president—whose office holds a burden of responsibility matched only by its power — regretted that his job involved duties other than pretentious conversation with extremely wealthy famous people. “One aide paraphrased Obama’s response: ‘Just last night I was talking about life and art, big interesting things, and now we’re back to the minuscule things of politics.” You know, minuscule things like the maskirovka invasion of Ukraine, the implementation of Obamacare, scandals at the IRS and Department of Veterans Affairs, negotiations with Syria and Iran, withdrawal from Afghanistan.

These subjects are far too small and mundane for our president. He prefers contemplative and thoughtful and nuanced symposia on philosophy, quantum mechanics, and how best to spend inheritances — all accompanied by Tuscan wine.

LIFE, President of the USA: Nice job if you can get it, WorldTribune.com