On the basis of several dozen conversations with Trump supporters, these are my summary notes, served neat:

To check these findings, and to project what they might mean for our political future, I engaged Angelo Codevilla, the longtime professor of international relations at Boston University and, before that, a powerful voice in Washington deliberations on national security. The author of 13 books, he is perhaps best known for an essay later turned into a book, The Ruling Class, which called out the coastal elites that have dominated, and in Codevilla’s view misdirected, our political culture for several decades past.

FREEMAN: Do any of these findings surprise you, or offend your sense of the current situation?

CODEVILLA: Your findings comport with mine. Caricaturing Trump’s supporters as skinheads is yet another instance of the ruling class’s longstanding attitude toward America. To wit: America was born tainted by racism, sexism, greed, genocide against natives — a critique that is wrapped in both religious obscurantism and hypocritical promises of equality. This refrain from government, its clients in the media, the educational establishment, and major corporations has convinced millions to support whomever and whatever might disempower that class. Even Donald Trump. Rejection of these caricatures is a unifying sentiment among his supporters. The accused’s natural tendency is to think, “That’s not who I am.” And then, “Who the Hell do they think they are to say that of me?” Humans live by the sense of who they are and of what the world around them is. In short, by common sense. They rebel reflexively when confronted by assertions that run counter to it.

FREEMAN: And this reflexive rebellion carries the battle all the way into the bathroom?

CODEVILLA: What is the natural reaction to the assertion that someone with a penis can be a woman while someone else with a vagina can be a man? Is it not the same as that of Orwell’s Winston Smith when first confronted with four fingers and the demand that he see five? In 1984, it took all of society’s pressure to force a prisoner to turn against his senses. It is unremarkable that Americans accustomed to freedom should resent the pressure that the ruling class is exerting.

FREEMAN: Tie in, if you would, the attitudes toward Muslims and street protesters.

CODEVILLA: Common sense recoils, as well, at the ruling class’s peculiar protection of Muslims and Islam coupled with restrictions on, and denigrations of, Christians and Christianity, all in the name of morality. The question imposes itself: Which morality? Whose morality? For most Americans, the answer is: not mine. The same goes for the ruling class’s tolerance if not promotion of mobs who ravage cities, loot, and attack police. Common sense says: Such people would do me harm if they could. Why are our rulers on the side of those who would harm us? …

The ‘executioner’, sanctioned by Trump, set to take power in Iran 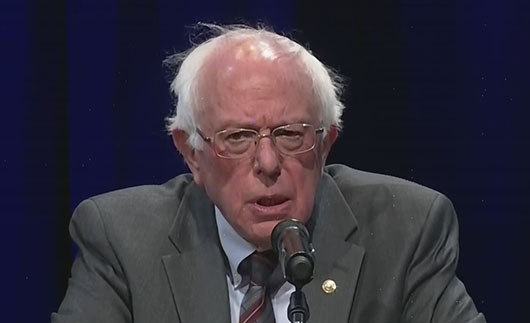