Satire? Democrats in Iowa paralyzed after being asked to do math for first time

Special from the Babylon Bee

IOWA—The Democratic primaries have broken down into chaos after the party encountered its archnemesis head-on for the first time: basic math. 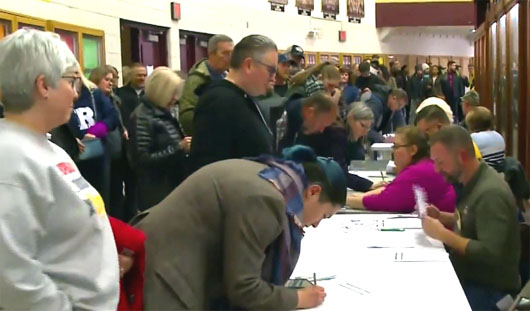 While progressives were optimistic going into the primaries, they’d forgotten that numbers, counting, and addition would be required.

“No one told us math would be involved!” said one angry Bernie Sanders voter. “We just kinda wanted them to pick our guy. We weren’t told there would be things like addition, counting, and more counting. Can’t we just win based on blind optimism, kinda like how socialism works?”

Pete Buttigieg quickly declared victory, even though votes weren’t tallied yet, as he claimed he is the morally correct choice, if not the mathematically selected one. “It’s 2020, and we’re still basing primaries on outdated concepts like counting. This is not our America.”

“We would have gotten away with it too, if it weren’t for that pesky math!” grumbled Bernie Sanders.

For the next state primary, votes will be tallied based on heart, passion, and love, rather than confusing concepts like digits, sums, and adding 2 and 2 together.

Satire? Democrats in Iowa paralyzed after being asked to do math for first time