Taxing American production? How the deck is stacked against U.S. companies and workers

If America’s competitors intentionally tried designing a tax system to destroy the American economy, they probably couldn’t come up with a better plan than the way the United States currently taxes its own businesses.

To fully appreciate the stupidity of the American corporate tax, consider this simple example: If you are an American company making cars in Michigan, you have to pay a 35 percent profits tax on the car made here. Then if the car is sold across the border to Mexico, the Mexican government slaps on a 16 percent value-added tax.

So the car is taxed on both sides of the border. Almost all countries tax goods produced in the United States this way. 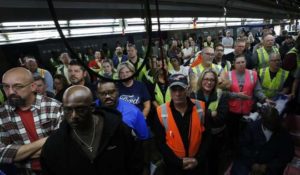 Now let us say that the auto factory is moved from Michigan to Mexico City. The car produced in the factory in Mexico is not taxed by the Mexican government if the car is sold in the United States.

Even more amazing: The U.S. imposes no tax on the imported car. To summarize, the car is taxed twice if it is built in America and then sold abroad and never taxed if it is built abroad and sold here in the U.S. And we wonder why companies are moving out in droves to China, India, Ireland, Mexico and the like.

Donald Trump is right. What we have in America is not free trade. It is stupid trade with the deck stacked against American producers and workers. Our federal tax is effectively a 35 percent tariff imposed on our own goods and services.

It doesn’t help matters that our 35 percent rate is the highest in the industrial world. Yet the corporate tax — despite being onerous and complex — raises very little revenue for the government. In 2015 the U.S. corporate tax raised $300 billion, or 2 percent of GDP. This was one of the lowest percentages among almost all industrial nations.

What is the point of a tax that extracts high costs from the economy for very little revenue reward?

To create a level playing field, the U.S. has to reconstitute our tax system. This can be accomplished by lowering the tax rate and then turning the tax on its head so we are taxing our imports but not our exports. In other words, we should tax activities based on where they are consumed, not where they are produced.

This is called a border-adjustable tax system. Here are the reasons we need it:

1) It will end all talk of tariffs and trade wars. At various times, Trump has suggested between 5 and 35 percent tariffs on foreign goods imported here. But tariffs violate our trade agreements and often lead to retaliatory measures by other countries. A better solution is to impose the Trump 15 percent corporate income tax on goods when they are brought into the U.S. and to exempt goods produced in the United States that are sold outside the country. This tax does not violate trade laws and only mirrors the valued-added tax systems other countries use to gain advantage over us.

2) A border-adjustable tax has a broader tax base, and thus the rate can be lower. The best tax system has a broad tax base and a low tax rate. To get the Trump tax rate down to 15 percent and still raise enough money to fund the government, we need the broadest tax base possible.

Since America imports about $750 billion more per year than we export to other countries, the border-adjustable tax collects about $100 billion more revenue every year. So the rate can be about 5 percentage points lower.

Retailers such as Wal-Mart will complain that this tax will raise prices for imported products from China, Mexico and other low-wage nations. But domestically produced goods will be cheaper. And people can’t buy products at Wal-Mart if they don’t have a job in the first place. And not everyone in America can work at Wal-Mart.

We have to make things in America in order to make America great again. Tax reform is the key to making that happen.