Last week, Oklahoma authorities botched the execution of a murderer named Clayton Lockett. The execution by lethal injection took more than 40 minutes. According to witnesses, he twitched and gasped and said, “oh, man” after officials had thought he was unconscious.

Opponents of the death penalty outdid one another in expressing their outrage. It was the left’s hysteria-of-the-week.

In contrast, many Oklahomans were not nearly as upset.

“Who cares if he feels pain,” stylist April Sewell, at Hair Naturally in Perry told Oklahoma TV station KFOR. “You know, honestly, he’s getting away a lot easier than how his victim did, how Stephanie did.”

Marilee Macias, owner of the town’s popular diner, Kumback Lunch, told KFOR, “What that guy got, he deserved.”

Tiajuana Hammock, a friend of the family of Lockett’s murder victim, Stephanie Neiman, told the station: “I have no sympathy at all. None whatsoever. Stephanie was beat up; she was shot; she was thrown in a grave when she was still alive. His little 30 minutes of lying there in anguish, if he was even feeling any anguish for 30 minutes, does not compare at all to anything Stephanie went through, or her family.”

Bobby Lee Bornt, the man who was tied up and beaten by Lockett and his accomplices, said he was tired of all the talk about Lockett’s rights.

“Everything that’s been talked about is them, what they feel, and no one’s mentioned what Stephanie’s family feels and Summer and her family and what it’s done to them or me and my family,” Bornt said. “We live with this every single day and it, it’ll honestly tear you apart.”

This reaction is not confined to Oklahomans who live in Perry. Mike Christian, a Republican Congressman from Oklahoma, wasn’t all that perturbed by Lockett’s execution, either. He just wanted Lockett dead. “I realize this may sound harsh,” the congressman said, “but as a father and former lawman, I really don’t care if it’s by lethal injection, by the electric chair, firing squad, hanging, the guillotine or being fed to the lions.”

Nor is this reaction confined to Oklahoma. The Los Angeles Times reports that “[t]he reaction so far by readers who have sent us letters? Big deal — the man who shot and buried his victim alive 15 years ago had it coming.”

On the other side are the abolitionists.

The Los Angeles Times reporter notes that, unlike many of his newspapers’ readers, he opposes capital punishment: “A government execution of anyone — even a brutal murderer — is an immoral, barbaric act, no matter how you do it.”

He doesn’t explain why it is “barbaric.” In fact, in a lifetime of debating opponents of capital punishment, I have never heard one explanation as to why killing a murderer such as Lockett is “barbaric.” They all merely assert it.

So does another proponent of keeping all murderers alive, Jeffrey Toobin, legal analyst for CNN and The New Yorker. He writes in The New Yorker: “The oxymoronic quest for humane executions only accentuates the absurdity of allowing the death penalty in a civilized society.”

Again, not a word explaining why putting murderer/torturers like Lockett to death is an “absurdity.” He just asserts it.

Clayton Lockett, 23, Shawn Mathis, 26, and Alfonzo Lockett, 17, planned on robbing Bobby Lee Bornt, 23, at his house in Perry, Oklahoma. They tied up Bornt and beat him in front of the man’s sobbing 9-month-old son. At the same time, Stephanie Neiman, 18, was dropping off her friend Summer Bradshaw at Bornt’s home. All three robbers raped the two girls, and then drove the girls, Bornt and his baby son to a rural area. They forced Mathis to dig a grave over which Lockett shot Stephanie Neiman twice. Unfortunately, she did not die from the gunshot wounds, and so she cried and begged not to be buried alive. But Clayton Lockett ordered her buried.

“I could hear her breathing and crying and everything,” Lockett said nonchalantly in his videotaped confession.
The cold hearts of the abolitionists are matched only by their mendacity. They and their European allies are the one’s ultimately responsible for the botched execution. First, they force executions by lethal injection, and then they make it all but impossible to legally obtain the drugs necessary for such executions.

In virtually every account of the execution I have read, just one sentence is devoted to what Clayton Lockett did to Stephanie Neiman. And in his New York Times column, Charles M. Blow directs his fury not at Lockett — about whom all he could say is, “Lockett was no angel” — but for supporters of the death penalty.

Perhaps this near-ignoring of what happened to Stephanie Neiman, and other murder victims and their families, helps explain how people like Toobin, Blow, and the ACLU anti-capital punishment activists can live with themselves. So, in order to make that more difficult, I conclude with excerpts from the statement made by Stephanie’s parents:

“Every day we are left with horrific images of what the last hours of Stephanie’s life was like. Did she cry out for us to help her? We are left with the knowledge that she needed us and we were not aware of it therefore unable [to] help her.

“We go through the motions of living, we eat, we sleep, Steve [the father] goes to work and comes home again. We do what we have to do to make it through the day and we start all over again the next. We exist.”

Jeffrey Toobin and Charles “Lockett Was No Angel” Blow should read that statement.

Not that it will matter, alas. In America today, it appears that the more passionate the opponents of capital punishment are, the colder their hearts.

Dennis Prager is the author of “Still the Best Hope: Why the World Needs American Values to Triumph,” and creator of PragerUniversity.com.

and what wasn’t, Clayton Lockett, death penalty, Dennis Prager, LIFE, The botched execution in Oklahoma: What was reported, WorldTribune.com 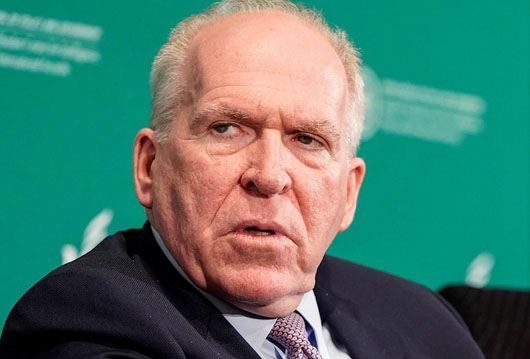