About half the American people do not believe the mainstream media tell the truth. They believe the media are more interested in promoting their left-wing views than reporting the truth.

I am, I note with sadness, a member of that half.

Here is but one more example: The New York Times best-seller list. 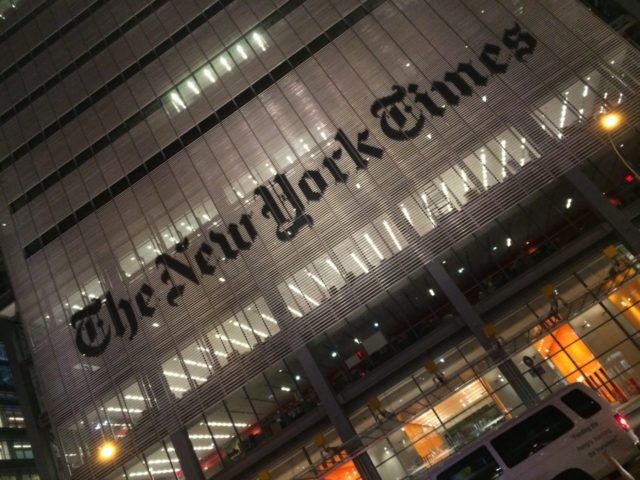 As a writer (who, for the record, had a previous book on that list), I have long known it isn’t a best-seller list, and I don’t pay attention to it. But I paid attention last week to see if my recently published book, which opened up on Amazon as the second best-selling book in America, was on the list. It wasn’t.

The book, “The Rational Bible: Exodus,” the first volume of a five-volume commentary on the first five books of the Bible (the Torah), was No. 2 in nonfiction on The Wall Street Journal best-seller list; No. 2 on the Publishers Weekly nonfiction best-seller list; No. 1 on Ingram, the largest book wholesaler in the country; and, according to Nielson BookScan, the organization that tracks 75 to 85 percent of book sales, No. 2 in hardcover nonfiction.

I was told years ago that The Times best-seller list almost never includes overtly religious books. I believe it but cannot prove it. I was told The Times doesn’t even monitor Christian bookstore sales (though many Christians have bought my commentary, few of its sales thus far have been through Christian bookstores).

At least as suggestive of bias is that the No. 1 hardcover nonfiction book on the Wall Street Journal and Publishers Weekly lists, “12 Rules for Life” by Jordan B. Peterson, is also not listed on The New York Times best-seller list.

In order to think it is mere coincidence, you have to believe The New York Times more than reality itself, which about half the country seems to.

While The Times occasionally lists conservative books and, very rarely, religious books, after comparing the list and the BookScan list, the Observer concluded in 2016: “If you happen to work for The New York Times and have a book out, your book is more likely to stay on the list longer and have a higher ranking than books not written by New York Times employees. … If you happen to have written a conservative-political-leaning book, you’re more likely to be ranked lower and drop off the list faster than those books with a more liberal political slant.”

In the early 1980s, William Peter Blatty, author of the monumental best-seller “The Exorcist,” sued The New York Times for only listing his novel on the list one time, even though it sold in the millions. In defending itself before the court, as reported by Book History, the annual journal of The Society for the History of Authorship, Reading and Publishing (Penn State University Press), The Times said, “The list did not purport to be an objective compilation of information but instead was an editorial product.”

Yet when asked last year about the announcement by Regnery Publishing (my book publisher) that it was no longer referencing The New York Times in any author publicity, New York Times spokesman Jordan Cohen told the Associated Press: “Our goal is that the lists reflect authentic best sellers. The political views of authors have no bearing on our rankings, and the notion that we would manipulate the lists to exclude books for political reasons is simply ludicrous.”

According to The New York Times, it is “simply ludicrous” to question why a conservative book and a religious book, which are the No. 1 and No. 2 books, respectively, on every best-seller list other than that of The New York Times, do not even appear on The Times list.

Here’s a different view: What is “simply ludicrous” is wondering why the “fake news” charge against mainstream American media resonates with half the American people.