Time for truth: How many Americans has the medical establishment killed?

I should state at the outset that were it not for doctors, I would either be paralyzed or dead. I owe my mobility and probably my life to wonderful physicians.

However, I will now state with equal certitude that the American medical profession as a whole and many individual doctors are responsible for the deaths of tens of thousands of Americans — very possibly, more than that.

Along with the media — from The New York Times to Google/YouTube, Facebook and Twitter — Americans have been denied both life-saving information and life-saving drugs. 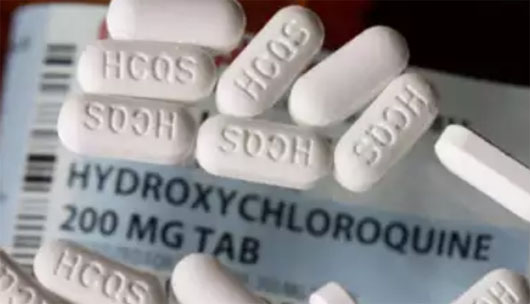 I am specifically referring to hydroxychloroquine and ivermectin. These drugs (along with zinc), which are as safe as any medicines humanity has taken in the last half-century, should have been almost universally used to treat COVID-19 patients as soon as those patients showed symptoms or tested positive — and even as a prophylactic to prevent or minimize the effects of the illness in the first place. If they had been, it is likely that tens, maybe hundreds, of thousands of those who died of the virus would have lived.

For the record, I put my medicines where my mouth is. I have been taking hydroxychloroquine and zinc (as well as vitamin D and selenium) on a regular basis for half a year, and ivermectin for the past three months.

More for the record: During this time, I have hugged hundreds of strangers at various events around the country, maskless. In addition, at home, I live with four people: my wife, two stepsons and the fiancee of one of the sons. That couple, both in their mid-20s, developed symptoms and then tested positive for COVID-19 a month ago. They were the only two members of the family not to be on hydroxychloroquine or ivermectin. And while they were ill, my wife and I practiced no social distancing, wore no masks in the house and tested negative twice (as responsible citizens, we quarantined at home for 14 days).

The son and his fiancee immediately began a course of treatment of hydroxychloroquine, zinc, ivermectin, vitamin D and selenium, and within half a day, they were feeling better. A few days later, all their symptoms had vanished.

Of course, the medical establishment, the media and others committed to irrationality, fear, making fortunes from pharmaceutical companies and keeping Americans from a normal life will dismiss all this as just anecdotes. But I would ask: How many anecdotes about the effectiveness of these safe drugs does it take to persuade people?

I would ask a more damning question: Given how safe hydroxychloroquine and ivermectin are, what could we have possibly lost by allowing millions of people to take these medicines?

Or, to put it another way, if doctors who advocate for the use of these safe drugs are wrong, what price would we have paid? Essentially none. But what if Dr. Anthony Fauci, YouTube, Facebook, Twitter, The New York Times, CNN, the Centers for Disease Control and Prevention, the National Institutes of Health and the poor souls who trust them are wrong? The price we have paid is tens of thousands of dead Americans, and quite possibly more than that.

We paid another horrific price for listening to the medical establishment, the colluding media, Democratic governors and others on the left. We have killed much of our economy; robbed tens of millions of Americans of their livelihoods; quite possibly put the dollar on the road to near-worthlessness; perhaps ensured future inflation that will further destroy the well-being of the American people; and sent innumerable Americans spiraling into depression, drug and alcohol use, spousal and child abuse, and suicide.

Related: Effectiveness of hydroxychloroquine was hiding in plain sight, September 21, 2020

I offer an example of NIH dishonesty bordering on malpractice. On Nov. 9, 2020, the NIH issued a report titled “Hydroxychloroquine Does Not Benefit Adults Hospitalized With COVID-19.”

So, the NIH test was useless. Why those who conducted it did not give patients zinc and waited until they were hospitalized are such obvious questions that either those doctors were ignorant of hydroxychloroquine protocols or they set the test up to fail. Either explanation constitutes a moral and medical scandal.

It is extremely important to note that the report concluded that hydroxychloroquine was “found not to cause harm.”

This is from the CDC on Sept. 4, 2020: “Current data indicate that the potential benefits of these drugs (hydroxychloroquine and chloroquine) do not outweigh their risks.” Given that there are almost no risks, the CDC statement is egregious.

The NIH, on Aug. 27, 2020, announced: “The COVID-19 Treatment Guidelines Panel recommends against the use of ivermectin for the treatment of COVID-19, except in a clinical trial.”
However, three months later, on Nov. 28, 2020, the NIH published this finding regarding ivermectin: “Countries with routine mass drug administration of prophylactic chemotherapy including ivermectin have a significantly lower incidence of COVID-19.”

Consequently, on Jan. 14, 2021, the NIH withdrew its opposition to ivermectin — but, incredibly, still refused to endorse it: “The COVID-19 Treatment Guidelines Panel (the Panel) has determined that currently there are insufficient data to recommend either for or against the use of ivermectin for the treatment of COVID-19.”

That report contained a truly deceitful statement concerning hydroxychloroquine: that it carries “considerable risk of sometimes fatal complications and interactions.”

On Dec. 16, 2020, the FDA declared that ivermectin “is not approved for the prevention or treatment of COVID-19.”

Meanwhile, YouTube took down a U.S. Senate hearing featuring doctors and epidemiologists who spoke in favor of ivermectin.

When we get to the other side of the COVID-19 crisis and all the damage is tallied — the unnecessary deaths and the ruined lives — the medical establishment, the media and many politicians are going to have a lot to answer for.

Dennis Prager, Time for truth: How many Americans has the medical establishment killed?