This class-warfare card has become the standard and tired response to every Republican tax reform plan for 30 years. No wonder we haven’t cleaned out the stables of the tax code since the Reagan era. Democrats have no interest in doing so.

Clinton’s claim is that the plan will blow a hole in the debt (which is rich coming from someone who worked for an administration that nearly doubled the debt in eight years) and that the benefits all go to the rich. She also says it will cost jobs and could even cause a recession. 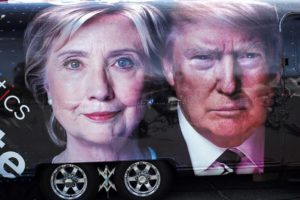 I worked on devising the Trump tax plan with economists Larry Kudlow, Sam Clovis and others, so I know a little bit about the costs and the benefits.

The Democrats subscribe to an amazing ideology that says that letting businesses keep more of their own money will cause the economy to capsize but a $1.5 trillion tax hike on businesses and investors will create jobs. Yes, and injecting Elmer’s glue into your veins is a good way to prevent a heart attack.

Let’s start with her claim that the plan will cost $5 trillion. That’s wrong.

When taking into account the higher economic growth from the lower tax rates on businesses and workers, the plan’s “cost” is about half that size. The Tax Foundation finds the plan will raise the GDP growth rate by almost 1 percentage point over a decade, and that means lots of jobs and additional tax revenue for the government. The best way to balance the budget is to put Americans back to work.

The $2.5 trillion “cost” of the tax cut can and will easily be made up by cutting government spending. Over the next decade the government is expected to spend almost $50 trillion. Surely, with sound, business-like leadership, we can save 5 cents on the dollar.

Next, she says that tax cuts have never worked to revive the economy. We believe that cutting taxes for 26 million small businesses will be a huge incentive for more hiring and expansion by businesses that are now taxed at as high as 40 percent. The American Enterprise Institute finds that the biggest beneficiary of a business tax cut is the American worker, whose wages will go up from more capital spending. If a trucking company goes from 50 trucks to 75, that’s 25 more truckers it will need to hire.

Clinton needs a tax-cut history lesson. “Supply-side” tax rates were at the heart of the Reagan economic plan in the 1980s. The Reagan expansion, with lower taxes, was twice as powerful as the anemic Obama recovery, with higher taxes and more government spending. The difference in the two recoveries is nearly $3 trillion in lost output. Similarly, the John F. Kennedy tax cuts got us 5 and 6 percent growth. JFK was right: The best way to raise revenues is to “cut tax rates now.” Even Bill Clinton agreed to a capital gains tax cut, which led to a gusher of new federal revenues.

Next, Clinton claims that only rich people such as Trump himself will benefit from this “trumped up” tax plan. She obviously hasn’t read the tax plan. By design, the tax rate reductions for the rich are offset almost dollar for dollar by the loss of $250 billion a year in tax deductions for rich people. So, the overall tax burden of most millionaires and billionaires is not changed. Almost all of the benefit in dollar terms from the tax plan goes to the middle class (and owners of small businesses). We think they deserve a break after a decade that has wiped out financial savings of the middle class. With Obamacare premiums rising by 10 to 30 percent in many states this year, families need the tax cut desperately.

The nonpartisan Tax Foundation calculates that the Trump tax plan causes a rise of after-tax income by about 8 percent, or $4,000 for the average middle-class household, while the Clinton plan shrinks incomes.

What Clinton isn’t telling you is that she and her liberal friends are against tax cuts because they want to spend the money on “free” everything. This includes the silliest idea of all time: hundreds of billions for 500 million solar panels. Get ready for a cascade of dozens of new Solyndras. How much money is going to go to Elon Musk from this corporate-welfare giveaway? It could be in the tens of billions of dollars. So, whose policies benefit the rich and the political class?

When has that ever worked?