Truth, since Lenin, has not been priority for the Left

Three years ago, I wrote a column explaining left-right differences on 35 different subjects. Any one or two of them would make for a major political/cultural divide. Thirty-five make the divide unbridgeable.

As the thesis itself is not really debatable, what is more difficult to explain are the roots of this divide. 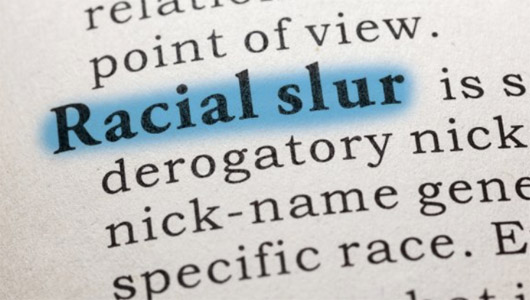 I believe it is commitment to truth.

Since I began studying the Left as a graduate student of communism at the Russian Institute of the Columbia School of International Affairs, of one thing I was certain: Truth is not a left-wing value. It is a liberal value, and it is a conservative value, but truth has never been a left-wing value.

From Lenin to today’s Left, lying, especially about opponents, is morally acceptable as long as it serves the Left’s goals of defeating opponents and attaining more power.

Once you realize this, the divide becomes explicable.

Why has YouTube taken down the video of two emergency room physicians who argue that the lockdown may not be called for? Because the Left does not argue with opponents; it shuts them down. And that is because it has no interest in truth. That’s why the Left is pressuring YouTube and Facebook to prohibit anything the Left differs with from appearing on their platforms.

Just as the Soviets labelled everything in the Western press “imperialist propaganda,” the Left labels everything with which it differs “misinformation.”

That is also why virtually every university does whatever it can to prevent conservatives from speaking on their campuses.

When it cannot stifle opponents, it smears them. Every prominent conservative or liberal opponent of the Left has been smeared — which is just another way of saying “lied about” — as being sexist, intolerant, xenophobic, homophobic, Islamophobic, racist, bigoted, misogynistic, white supremacist, transphobic, etc.

Allow me to use an example I know well: me.

In the span of just this past year, I have written about Newsweek’s lie claiming I “mocked” Anne Frank. To Newsweek’s credit, they revised the column and published a corrected headline. Then I wrote about Purdue University’s “vice provost of diversity and inclusion,” who told a Purdue newspaper that I said in a speech I gave at Purdue, “Slavery was not bad.” I sent this person a recording of my speech proving I never said anything remotely like what he charged. After many of my listeners and readers protested to the vice provost and to Purdue’s president, the vice provost wrote me a private letter saying he was sorry if he “misunderstood” me. His charge was public, but his apology was private.

This past week, as pure a lie as the previous two was manufactured by Media Matters — a left-wing organization whose sole purpose is lying and smearing conservatives — and then picked up by various media.

This is what I said — word for word — on my radio show:

“How many names have blacks gone through in my lifetime? ‘Colored,’ ‘Negro,’ ‘African American,’ ‘black.’ That’s four different titles for the same human being. What was wrong with ‘Negro’? What was wrong with ‘colored’? There’s no problem with any of them. Do you know that the NAACP is still the National Association for the Advancement of Colored People? And then ‘African American’ — that changed, too. Does it have a dash or hyphen, or not? I don’t remember what was connoted by having a hyphen or not.”

And the allegation was dutifully picked up by the New York Daily News, which headlined: “Conservative Talk-Radio Host Dennis Prager Bemoans Loss of Racial Slurs, Gets History Lesson.”

And by the Daily Mail, which headlined: “Conservative Talk-Radio Host Dennis Prager, 71, Bemoans the Loss of Racial Slurs in Society to Describe Black People.”

The article, by Daily Mail writer James Gordon, a Media Matters follower (he actually appended a link to Media Matters at the end of his column), claimed: “Prager … used his show to bemoan society no longer using racist language coined during eras of slavery and segregation.”

Everything about these articles is a lie.

Not one of those titles for blacks is racist. Therefore, I could not possibly “bemoan” the fact that society no longer uses these words.

The term Martin Luther King Jr., every other black leader and every nonblack anti-racist through the 1960s used to described black people was “Negro.” There is, to this day, a major black organization called the United Negro College Fund.

A variant of the term “colored” is regularly used by liberals to this day — “people of color” — to describe nonwhites.

“Black” is used by everyone, including most blacks — except liberals afraid of not using “African American.”

And “African American” is not only not a “racist slur,” but it is also the contemporary left’s preferred term for blacks.

Media Matters created a lie out of whole cloth about me. And those who rely on Media Matters — such as James Gordon at the Daily Mail and Nancy Dillon at the Daily News — repeated it, word for word. I invite both of them to come on my radio show to defend the accuracy of their articles.

Given how many people read or watch left-wing reports and study under left-wing teachers, the world would be a much finer place if the Left valued truth.

For the record, my view on race is taken from Viktor Frankl. There are only two races: the decent and the indecent.

If you wish to send either or both of these writers this column and/or your own thoughts, I can only tell you that your doing so in the cases of Newsweek and Purdue was immensely helpful. We need to fight back.

U.S. on alert: Signs of major developments inside China