Wonder of wonders: The Washington press corps woke up.

Finally, mainstream journalists are onto Barack Obama’s game. Their breaking-news shocker? Turns out all that “hope and change” stuff was just hot air. A new report from the D.C.-based press shows that — gasp — the White House is infested with Beltway lobbyists. 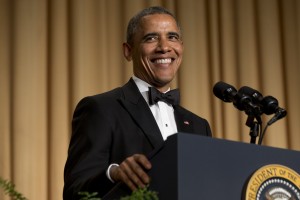 According to Politico’s analysis published on Monday, the “Obama administration has hired about 70 previously registered corporate, trade association and for-hire lobbyists. And many of these former lobbyists work at the highest levels of government.”

Wait, there’s more. The “most transparent administration ever” is playing disclosure-dodging renaming games to hide lobbyists’ grubby paw prints. By officially de-registering as corporate lobbyists and morphing into “consultants,” “counselors” or “advisers,” Obama’s K Street operators can maintain the fiction of upholding the Great Agent of Change’s grand ethics pledge.

Remember: Back in the day, candidate Obama assailed the K Street crowd with righteous (or rather, left-eous) zeal. “I am in this race to tell the corporate lobbyists that their days of setting the agenda in Washington are over,” he thundered in 2007. In one of his first executive actions, he declared that the White House had closed “the revolving door that allows government officials to move to and from private sector jobs in ways that give that sector undue influence over government.”

But the reform-peddling candidate soon found it impossible to practice what he so sanctimoniously preached. Now, Obama depends on their “strategic advice” and Beltway wisdom. Here’s the White House’s chortle-inducing rationalization for elevating Broderick Johnson (husband of friend of the Obamas and NPR anchor Michele Norris, and longtime Democratic lobbyist for Microsoft, Pearson, JPMorgan Chase, Comcast, Fannie Mae and FedEx) as a top aide:

“The pledge does not bar anyone with prior lobbying experience from serving in this administration,” an Obama spokesman told Politico.com. “Broderick has substantial experience working in the Clinton administration, on the Hill and in the private sector in a variety of capacities, as well as on the president’s campaign. We welcome that mix of experience.”

That “mix of experience” also includes veteran Beltway lobbyist Cecilia Munoz, formerly of the National Council of La Raza and consultant to the Mexican government, who is now assistant to the president and director of the Domestic Policy Council — along with revolving-door beneficiaries Melody Barnes, Marc Berejka, Bradley Gillen and Sean Kennedy, all lobbyists turned Obama bureaucrats turned lobbyists again.

Of course, these double standards and this double talk were clear from the outset. As I pointed out in my book “Culture of Corruption” five years ago this summer, the business-as-usual writing was on the wall from Day One. As soon as he was elected, Obama threw open his doors to the nation’s leading lobbyists and professional D.C. back-scratchers:

Attorney General Eric Holder was registered as a lobbyist at Covington and Burling. Tim Vilsack, former Iowa governor and Obama’s first agriculture secretary, was a registered lobbyist for the National Education Association. Ron Klain, Vice President Joe Biden’s first chief of staff, was a lobbyist at O’Melveny and Myers. Leon Panetta was a lobbyist-lite who raked in hundreds of thousands of dollars from corporations in “consulting fees.” Former Goldman Sachs lobbyist Mark Patterson served as chief of staff to former Treasury Secretary-turned-lobbyist Tim Geithner.

But now the K Street president is news?

Like the old saying goes: There are none so blind as those who will not see. The most deluded people are those who choose to ignore what they already know.