Why conservative women are so pretty

The women of the Right are allowed to believe things that the women of the Left are not. They are allowed to believe there is a difference between women and men, female and male, and that those differences are real, not a false cultural construct imposed by a self-interested, manipulative patriarchy. Unlike Gloria Steinem, they can express their femininity in any way they choose to, without fear of being accused of a calumnization of the sisterhood. 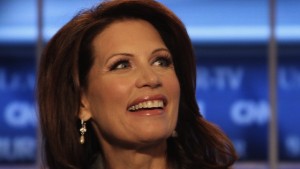 Even more, women of the Right are allowed to accept obvious things rather than engage in exhausting psychic gymnastics to get to a place that is politically correct, while preposterous.  …

They are allowed to love their gay friends and want all good things for them, but still believe it’s a bad idea to start redefining marriage without being labeled a bigot by those same friends, and that, too, removes a burden. They are allowed to go through life treating people—all people—with dignity, respect, and friendship, and not be concerned about being called racist, even if they are called racist, because they know they are not.

They do not feel compelled to lug around a basketful of mea culpas for being an American, unlike the overburdened worldview of, say, Lena Dunham, millennial poster-child for all-in supporters of Hillary, the creative force behind HBO’s “Girls.”

It’s not that a lot of attractive women, for some reason, find their way to conservative views; it’s that something about holding conservative views causes women — all women, across the spectrum — to become particularly attractive.Put another way, maybe what I’m noticing is simply women who have been liberated by their worldview to be who they are, uniquely and confidently, unabashedly and apologetically, unencumbered by the politically correct constraints imposed on women of the Left, and the result is a kind of essential womanhood that, far from being oppressive, as the Left would have it, is instead, miraculous and quintessential, and, you could say, God-given.

LIFE, Why conservative women are so pretty, WorldTribune.com