Hey Facebook, this ivermectin column is for you: Horse hockey versus truth

Shhhhh. The information I’m about to share with you is dangerous and subversive. You cannot publish it on social media platforms without risking scary labels and permanent suspensions.

You and anyone you discuss this topic with will be called anti-science “kooks,” “conspiracy theorists” or “quacks.”

So be it. I’ve been called every pejorative name in the globalist elites’ overworn handbook of ad hominem attacks over the past 30 years. Who cares?

The airwaves have been littered the past month with disparaging reports about ivermectin, which the U.S. Food and Drug Administration warns should not be used to treat or prevent COVID-19. 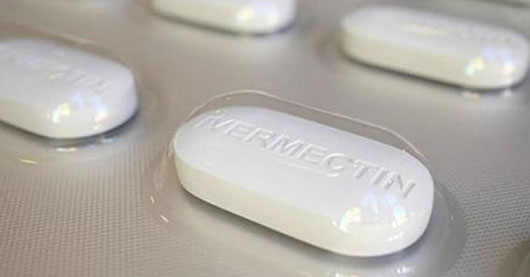 “You are not a horse. You are not a cow. Seriously, y’all. Stop it,” the official FDA Twitter account snidely admonished last week.

Well, you are not a sheep either. So don’t be cowed by Big Pharma and their bought-off Swamp bureaucrats.

Seriously, y’all. These are the performative actors who’ve flipped and flopped on masks, rushed experimental jabs to market, brazenly denied deadly adverse events and advocated mix-and-match booster shots as part of the most notorious junk science experiment in human history.

First things first: The government and corporate media’s repeated description of ivermectin in headline after headline as a “horse de-wormer” is pure propaganda.

Yes, it is used as an anti-parasitic for animals. But ivermectin has been used to treat humans for parasitic infections for more than three decades.

“Originally introduced as a veterinary drug, (ivermectin) soon made historic impacts in human health, improving the nutrition, general health, and well-being of billions of people worldwide ever since it was first used to treat onchocerciasis (river blindness) in humans in 1988. It proved ideal in many ways, given that it was highly effective, broad-spectrum, safe, well tolerated, and could be easily administered. Although it was used to treat a variety of internal nematode infections, it was most known as the essential mainstay of 2 global disease elimination campaigns that has nearly eliminated the world of two of its most disfiguring and devastating diseases.”

That’s right. Billions of humans around the world have taken ivermectin (approved by the FDA and considered an “essential medicine” by the World Health Organization) under mass distribution programs to eradicate onchocerciasis (river blindness) and other tropical diseases.

Ivermectin has also been shown to inhibit a broad range of viruses in laboratory studies, including HIV, influenza, West Nile virus and other RNA viruses.

In 2018, more than 130,000 patients in the U.S. were prescribed the drug. It is a human drug, no matter how many times the mad cows in the media try to fear-monger you into believing otherwise.

So, should ivermectin be pursued as a treatment or prophylaxis for COVID-19?

The COVID-19 control freaks don’t even want you to ask the question out loud or debate it on the internet. But unlike farm animals, you can exercise your free will and search for the evidence yourselves:

— A study in the peer-reviewed journal Antiviral Research reported that ivermectin inhibited the replication of SARS-CoV-2 in vitro and concluded that “ivermectin is worthy of further consideration as a possible SARS-CoV-2 antiviral.”

— An analysis published in the peer-reviewed International Journal of Antimicrobial Agents in November 2020 found that “countries with routine mass drug administration of prophylactic chemotherapy including ivermectin have a significantly lower incidence of COVID-19. … Prophylactic use of ivermectin against parasitic infections is most common in Africa and we hence show that the reported correlation is highly significant both when compared among African nations as well as in a worldwide context. … It is suggested that ivermectin be evaluated for potential off-label prophylactic use in certain cases to help bridge the time until a safe and effective vaccine becomes available.”

— A small, pilot, double-blind, placebo-controlled randomized clinical trial conducted in Spain and published in The Lancet in January didn’t find statistically significant differences in COVID-19 viral loads but did find “a marked reduction of self-reported anosmia/hyposmia, a reduction of cough and a tendency to lower viral loads and lower (antibody) titers which warrants assessment in larger trials.”

— A systematic review of ivermectin’s antiviral effects published in the peer-reviewed journal Nature found that it “could serve as a potential candidate in the treatment of a wide range of viruses including COVID-19 as well as other types of positive-sense single-stranded RNA viruses.”

— A study in the peer-reviewed journal Chest found statistically significant lower mortality rates among hospitalized COVID-19 patients prescribed ivermectin (along with hydroxychloroquine, azithromycin or both) compared with patients without ivermectin in Broward County, Florida.

You can find more related studies on ivermectin and COVID-19 in PubMed, the federal scientific database, and weigh all the costs and benefits for you and your families.

Remember: “Misinformation” simply means information that the powers that be want you to miss.

Hey Facebook, Michelle Malkin, this ivermectin column is for you: Horse hockey versus truth, WorldTribune.com