If decent people working in mainstream American media want to know why many Americans do not trust them and are willing to use the term “fake news” to describe the mainstream media, I offer one of the most glaring examples of a lie in my lifetime. 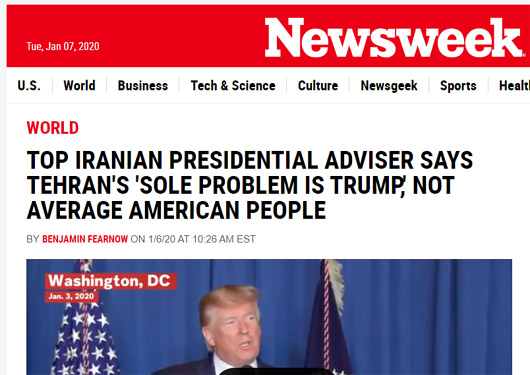 Now, imagine how that must have struck any reader not familiar with the “conservative radio host” or with what he actually said. “Ridicule Anne Frank” — what kind of terrible human being would do that?

Well, it turns out the “conservative radio host” was me. Yes, me — a religious Jew who has devoted much of his life to the welfare of the Jewish people, served on the board of the U.S. Holocaust Museum, made the most widely viewed pro-Israel video in the world, written a book on anti-Semitism that is in its third printing, and founded a synagogue and a Jewish day school.

To understand how terrible a lie this is, you need to know what happened: Every week I do a video podcast for PragerU called “The Fireside Chat.” In it, I offer thoughts on life and then take questions from around the world (we have received questions from 52 countries). A few weeks ago, I received the following question from Sam in Meridian, Idaho: “On your most recent Fireside Chat, you said that people are not basically good. We’ve heard you discuss this topic before. Anne Frank is quoted as saying, ‘Despite everything, I believe that people are really good at heart.’ How do you respond to her quote?”

Here is my response (this is a word-for-word transcription, except for the words in parentheses added for clarity): “She wrote that in her diary, the most famous Holocaust document. (She was) a teenage girl, a Dutch Jewish girl, who hid with her family until they were betrayed by someone to the Nazis, who then shipped them to death camps. And she died, murdered by the Nazis in the death camps. She was about 16 years old, maybe 15. Her diary is very famous. It gives a face to the horror of the Holocaust.

“I know she wrote that, and my answer is it doesn’t matter that she wrote it. I don’t get my wisdom from teenagers. That she was a wonderful young woman and wrote an unbelievably powerful document that will last forever is beside the point. I don’t expect 16-year-olds, unless they grew up in a religious Jewish or Christian home (where it is taught as basic religious doctrine that people are not born basically good). She was a secular Jew. Most kids believe that (people are basically good). But it is not true. So, it has never been an issue for me — ‘Well, you disagree with Anne Frank.’ So what?

“And, by the way, to be very serious for a moment, I would be very curious — I’ve thought about this a lot — if I were to be able to visit Anne Frank while in a concentration camp, would she have still believed that? We don’t know.”

Only someone who deliberately seeks to smear someone would claim that what I said ridicules Anne Frank.

The person who wrote this is Benjamin Fearnow, a deputy editor at Newsweek, who previously worked for the left-wing site Mediaite.

When I looked up Fearnow, I came across this December 2018 tweet from talk show host Mark Levin: “Newsweek’s Benjamin Fearnow is a very, very sick person.”

And Rabbi Joseph Telushkin, one of the most revered Jewish scholars in America — author of such Jewish classics as “Jewish Literacy” and “Biblical Literacy” — called me to say that Fearnow’s article saying I ridiculed Anne Frank is “the most despicable lie I recall reading in a mainstream news source.”

Apparently, Fearnow has chosen to serve as a useful idiot for the Iranian regime, which hates America, not only Trump. (Does Fearnow believe that the Iranian chant “death to Israel” only means “death to Netanyahu”?) The Iranian regime has gathered millions of Iranians to chant “death to America” since long before it ever heard of Donald Trump. It has been wishing death on us and killing Americans (not to mention Iranians) since it came into power in 1979. But Fearnow cites the Iranian dictator, Ayatollah Khamenei, as having said last February that “‘Death to America’ means death to Trump, (National Security Adviser) John Bolton, and (Secretary of State Mike) Pompeo,” as if it were credible.

Meanwhile, multiple left-wing sites have picked up Fearnow’s and Newsweek’s lie that I ridiculed Anne Frank.

If Newsweek has any honor, it will remove Fearnow’s article and apologize to me.

But neither is likely. As I wrote 30 years ago, “Being on the left means never having to say you’re sorry.”

Next time someone challenges you for using the term “fake news” to describe mainstream media, just cite Newsweek and Fearnow. 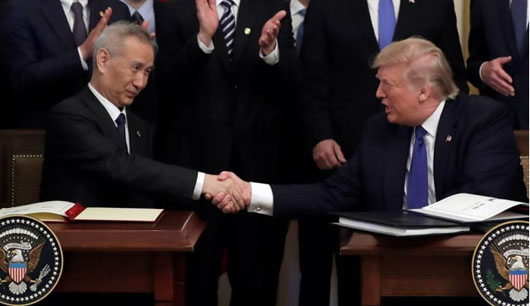