Open season on ‘every American’: A scandal-ridden administration is now negotiating with terrorists

On May 31, a scandal-ridden Barack Obama announced the Taliban had released Army Sergeant Bowe Bergdahl after five years of captivity. 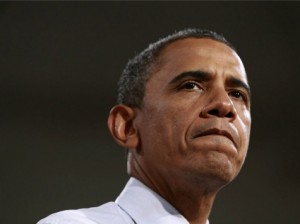 His release follows negotiations in which the Obama administration agreed to trade five prisoners from Guantanamo Bay for Bergdahl.

Author Brad Thor tweeted a number of responses to this act of negotiating with terrorists, including his assessment that Americans are now vulnerable because terrorists see they can get what they want from the Obama administration.

Brad Thor ✔ @BradThor
While I am happy for Sgt. Bowe Bergdahl and his family, with this prisoner swap, it is now open season on every American around the world.
1:36 PM – 31 May 2014