The White House pretended to champion American workers this week with gimmicky initiatives on federal job training and “workplace innovation.” But far from the Beltway dog-and-pony show, a group of American workers ruthlessly shafted by the Obama administration was finally getting some real support — and inching toward justice.

It was five years ago this summer that 20,000 white-collar nonunion workers from Delphi (a leading auto parts company spun off from GM in 1999) had their pensions sabotaged as part of a rotten White House deal with Big Labor. Two court rulings this summer have given the victims hope. Their plight must not be forgotten. 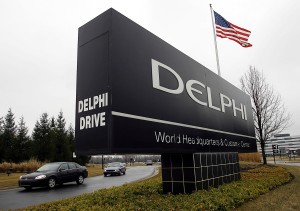 Remember when Washington rushed to nationalize the U.S. auto industry with $80 billion in taxpayer “rescue” funds and avoid contested court termination proceedings? Behind closed doors, the Obama administration’s auto team schemed with labor bosses from United Automobile Workers to preserve union members’ costly pension funds by screwing over their nonunion counterparts. The federally backed Pension Benefit Guaranty Corp., which had the fiduciary duty to represent the best interests of all the Delphi workers, helped sacrifice the nonunion employees at the UAW altar. While union pensions were topped up with tax-subsidized auto bailout funds, nonunion pensioners were left high and dry.

In addition, the nonunion pensioners lost all of their health and life insurance benefits. The abused workers — most from hard-hit northeast Ohio, Michigan and neighboring states — had devoted decades of their lives as secretaries, technicians, engineers and sales employees at Delphi/GM. Some workers saw up to 70 percent of their pensions vanish.

Last year, the Office of the Special Inspector General for the Troubled Asset Relief Program confirmed what Delphi workers maintained from the start: They were victimized because, in the words of the IG, they had “no leverage.” No crony ties. No deep pockets. No legal representation during President Obama’s closed-door negotiations with Big Labor donors.

As GOP Rep. Mike Turner put it, the IG report gave lie to the White House claim that it did not influence the bankruptcy process. “The administration thwarted the bankruptcy process for a politically expedient outcome,” Turner said. Treasury used “their influence to make certain that the outcome was politically desirable to the administration, and the Delphi salaried retirees (lost) their pensions.”

The Delphi workers have fought for five cruel years to force Treasury and the PBGC to disclose the full truth. The scheming feds have defied the workers’ public records requests and withheld more than 7,000 pages of critical emails and documents from the workers, who’ve been mired in time-consuming litigation that has cost millions of dollars.

“For more than four years, U.S. taxpayer-paid government lawyers have taken advantage of every procedural roadblock the law allows to hide emails and other evidence that the court has ordered be given to us,” the Delphi Salaried Retirees Association explained. “President Obama has ignored our direct appeal that he order a review of his Auto Task Force’s handling of our pension plan during the expedited GM bankruptcy directed by Treasury.”

But here are some glimmers of hope: Last month, U.S. District Judge Emmet Sullivan in Washington ordered Treasury to cough up documents from Obama’s auto team leading up to the termination of the Delphi workers’ pensions. And on Monday, U.S. District Court Judge Arthur Tarnow in Detroit ruled that the PBGC can no longer sit on documents requested by Delphi salaried retirees suing for full restoration of their pensions.

The next time Democrats claim to care about American workers, remember the sacrificial lambs of Delphi, their heartache and their ongoing legal battle against stonewalling bureaucrats. The crony-driven Obama culture of corruption built that.