The Trump economy is booming, but without the tax cut we can kiss it goodbye

Well, finally we are getting that “summer of recovery.” The July jobs report released Friday was a blockbuster — solid job gains across the economy, the lowest unemployment rate in more than a decade and a nice bump in wages.

This was a report that transcends spin. You just have to tip your hat to American businesses and say, “Well done.”

Will Donald Trump get any of the credit? Even though nearly every poll for the past six years tells us that Americans care most about jobs and the economy (with terrorism occasionally taking over first place), the media naturally won’t cover the undeniable economic speed-up since Election Day. 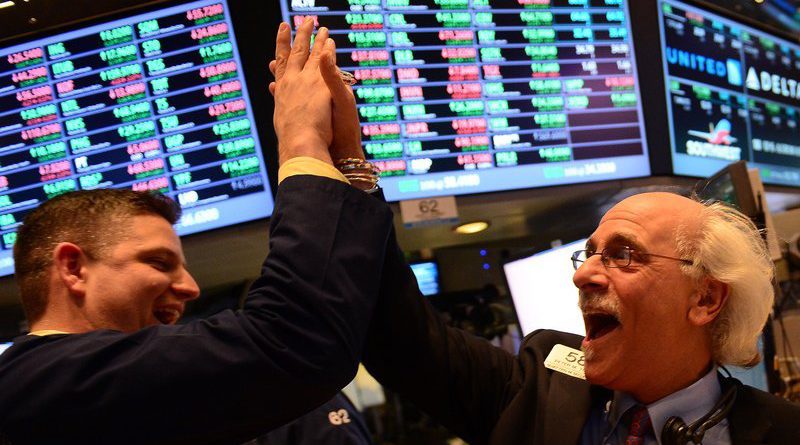 With the Dow at 22,000, solid job gains, confidence high and growth jumping to 2.6 percent in the last quarter under Trump, the economy clearly has a new bounce in its step.

The gains to investors and pension funds (for tens of millions of middle-class families) is on the magnitude of $4 trillion.

If the economy and jobs had done this well under Barack Obama, he and the media would have been doing cartwheels down Pennsylvania Avenue.

Even worse, when the media does cover the jobs-and-growth story, every reporter asks me: “Does Trump deserve credit for these numbers?” Well, if he doesn’t, who does?

Liberals argue that this is a continuation of the Obama recovery, but there’s a big problem with that analysis: The economy was decelerating under Obama, not speeding up. In Obama’s last year in office, 2016, the economy was barely limping to keep ahead of another recession.

I’ve argued that this Trump bounce is the result of two factors. First is the relief felt by investors, workers and employers that the Obama eight-year assault against business is over. No more tax increases, spending stimulus bills, Obamacare, Dodd-Frank, minimum wages increases, the war on fossil fuels and so on. They were all bad for growth.

The second factor that has injected optimism into the economy has been the anticipation effect: People are expecting good things to come. Obamacare repeal (whoops); less regulation; the biggest tax cut since Reagan; pro-America energy policies; and so on. On the regulatory front, a lot has already happened in this regard. The White House reports that instead of two regulatory rollbacks for every new regulation enacted, as Trump promised, there have so far been 16 rollbacks for every new rule.

Hallelujah! Deregulation has caused a renewed surge in American energy production — including a big lift for coal. Obama and Hillary Clinton promised to put coal out of business; under Trump, America is now exporting American coal to places in East Europe, such as Croatia.

The bigger peril: What if Republicans don’t get their act together and they strike out on the tax cut as they did last month on Obamacare repeal? In that case, the roaring stock market is likely to turn into a bearish sell-off.

Put simply, if the GOP whiffs on the tax cut, it will harm the economy and the stock market.

That is why GOP leaders would be wise to downsize their grand ambitions of a total rewrite of the tax code and simply sell the American people on a job-creation tax cut that will benefit all American companies, including 26 million small businesses, and put about $2,000 of tax relief into the pockets of financially stressed workers.

With a pro-growth tax-cutting plan, 3 percent-plus GDP growth is right around the corner. This won’t just mean more jobs but also pay raises for workers in a tighter labor market. In that case, the Trump bounce that we are seeing today will be a moon bounce in 2018.

So just do it.

but without the tax cut we can kiss it goodbye, LIFE, Stephen Moore, The Trump economy is booming, WorldTribune.com