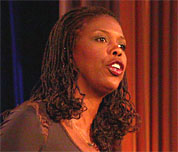 President Trump addressed this year’s annual Values Voters Summit in Washington, D.C. He is the first sitting U.S. president to do so.

The Values Voters Summit is hosted by the Family Research Council, an organization whose mission is addressing public policy and culture from a Christian point of view. My organization CURE works closely with FRC and I have been a regular speaker at this Summit for years.

Its base is largely evangelical Christians, and this is why President Trump deemed it appropriate to appear.

Eighty-one percent of white evangelicals voted for Trump in 2016, the highest percentage of evangelical support for any Republican in the last four presidential elections.

According to the Pew Research Center, 36 percent of the electorate self-identifies as evangelical Christian, so it’s indicative of Trump’s strong political instincts that he has gone out to actively engage this important and significant base of support.

It’s my sense that Trump’s relationship with evangelicals is growing stronger.

During the election, he was by and large an unknown quantity to these folks. And given his history, there was good reason for evangelicals to have reservations in their support.

But there was one issue critical enough to drive their support — replacing Supreme Court Associate Justice Antonin Scalia with another judge of equally stellar conservative credentials.

Trump, as he reminded the audience in his Values Voters address, has not let them down with his appointment of new Associate Justice Neil Gorsuch to replace Scalia, and a string of equally impressive other conservative lower court appointments.

However, since the election, Trump has taken actions that have expanded, broadened and shored up his relations with this evangelical base.

He began by re-instating the Mexico City policy, first initiated by President Reagan in 1984 and later rescinded by President Obama, which prohibits U.S foreign aid from being used by overseas organizations to perform abortions.

He recently opened the door for employers with religious objections to bail out of the Obamacare requirement of providing birth control devices and pills to employees free of charge.

Trump’s clear support of Israel — he was also the first sitting American president to visit Israel in the early months of his presidency and to visit the Western Wall in the old city of Jerusalem — appeals to Evangelicals. And the recent announcement by the Trump administration that the United States will withdraw from the anti-American, anti-Israel United Nations agency UNESCO.

As the culture war in America rages, Trump understands the political dividends to be gained by clearly supporting traditional Christian values and unabashed American patriotism.

There has not been a time more important in recent history to take on these matters, and President Trump is stepping up.

Most in America’s evangelical communities, including substantial numbers of black evangelicals, were appalled when Obama moved to support LGBTQ secularism, even lighting up the White House in rainbow flag colors. Equally appalling to evangelicals was Obama agreeing to be the first sitting American president to address the annual meeting of Planned Parenthood, America’s largest abortion provider, concluding his address to these abortionists with, “God bless you.”

In recent Gallup polling, in response to the question if government “should promote traditional values in our society,” 66 percent of Republicans versus 30 percent of Democrats say “yes.”

Addressing this conservative Republican base is what Trump took on in his Values Voters speech. He conveyed what our Founding Fathers understood — that a free society needs morality and morality needs religion, a nation under God.

While liberals are tiptoeing around the underlying truths conveyed by Trump at the Values Voters summit, millions of Americans across all ethnic lines are listening to the president’s message and are ready to hear more.