What is offense archaeology? Is anyone safe from it?

Many millions of social media users at one time or another have posted something that someone, somewhere will be offended by. And, since the Internet is forever, you can bet an offense archaeologist is digging into it, particularly if you are a public figure.

What is offense archaeology? 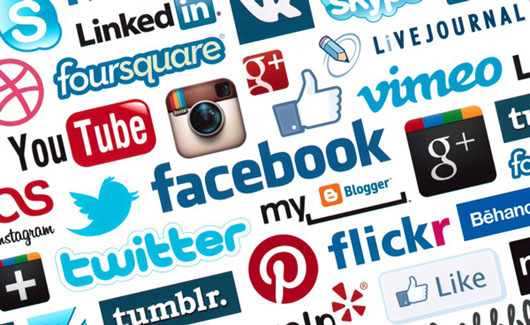 According to the Urban Dictionary, it is: “Examining the digital past of a contemporary public figure in order to unearth any statements that might be offensive to the ruling class. These offenses are best presented devoid of context or intent, which maximizes the potential for self-righteous virtue signaling among the people who are pretending to be outraged.”

An example: Statements concerning homosexuality posted a decade ago by actor/comedian Kevin Hart were unearthed and outrage ensued. He had been chosen to host this year’s Oscars, scheduled for Feb. 24. Following backlash from the unearthing of his old statements, Hart stepped down from the Oscars gig and issued a formal apology on Twitter.

In a December 2018 analysis, The New Criterion hit the nail on the head:

“Over the years, we have regularly had occasion to mention and lament this modern version of witch-hunting, in the unfolding of which reputations and careers are destroyed for wearing the wrong sort of shirt, making offhand comments that irk the self-appointed guardians of some designated victim group, or writing something that contravenes the spoken and unspoken consensus of opinion about some newly sensitive issue.”

The New York Post noted that another “sad lesson” in offense archaeology arose with the recent Liam Neeson incident.

In promoting his new film “Cold Pursuit,” which is about revenge, Neeson was asked how he “taps into” such feelings. He responded by recalling that, 40 years ago, a close friend had been raped. After learning the rapist was black, he went “up and down areas with a cosh” – a club – searching for a random black man to kill.

“Would he actually have gone through with it? We’ll never know,” the Post noted. “At any rate, he said his rage faded after walking it off and going to confession. No matter: The very fact that Neeson had confessed to a racist thought – one he admitted he found abhorrent – was enough to send social media demanding his scalp.”

The backlash led to the cancellation of red-carpet events and a late-night TV appearance for the movie.

Others went even further, calling for the actor to be digitally removed from a still-unreleased film. Celebrities who defended Neeson “found themselves barraged by accusations of racism,” the Post said.

Neeson would go on to issue a public apology, declaring “I’m not a racist.”

“It’s bad enough that the online mob is determined to end people’s careers and reputations over actual misdeeds or ‘hate speech,’ ” the Post said. “But Neeson is being crucified for acknowledging that he once had a terrible thought – which he quickly regretted. The outcry suggests he’d have been better off keeping his mouth shut. The sad lesson: Never, ever share your failings and how you learned from them.”

But offense archaeology isn’t reserved solely for celebrities. Anyone who has ever posted on social media is a potential target.

Roger Scruton may not be well known outside of the UK, yet the English philosopher who specializes in traditionalist conservative views became a victim of offense archaeology, The New Criterion noted.

After Scruton was appointed to advise the Ministry of Housing, Communities and Local Government as the unpaid chairman of a new public body to champion beautiful buildings, the offense archaeologists began digging.

“Politically incorrect phrases are unearthed, torn from their original context, and passed like antique shards in front of the tremulous outrage meter of the Left,” the New Criterion noted.

The UK’s Shadow Secretary of State for Communities and Local Government, Andrew Gwynne, said: “Nobody holding [the views that Scruton holds] has a place in modern democracy. The prime minister needs to finally show some leadership and sack Scruton with an investigation into how he was appointed in the first place.” Another member of parliament said, “With every passing hour it becomes clear that Roger Scruton has a history of making offensive comments. It beggars belief that he passed a vetting process.”

Scruton’s work, the New Criterion noted, “offers a target-rich environment for the bullies. On subjects ranging from fox hunting and sexuality to the nature of Islam and what counts as good art, his work is a compendium of against-the-grain attitudes and arguments. A generation ago these would have been regarded as traditional Tory opinions. But today, what is more verboten than that? Sir Roger, it should also be said, happens to be one of the most brilliant, articulate, and wide-ranging intellectual figures in the Anglosphere, a man of incandescent intelligence, aesthetic sensitivity, and political courage. It is worth pausing to underscore the courage. In the 1980s, he worked tirelessly and at great personal peril behind the Iron Curtain to help those fighting against the totalitarian jackboot of Communist tyranny. All this makes his attackers appear faintly ridiculous to everyone but themselves, but not, alas, any less virulent.”

But where so many other victims of offense archaeology eventually apologize for past statements, Scruton has not, and is even turning the tables on his triggered accusers.

Scruton and his assistants are “in the process of making a compendium of potentially ‘offensive’ things he has said or written so that his would-be inquisitors may understand and exploit the full spectrum of his obloquy,” the New Criterion noted.

According to his personal website, Scruton has decided “to collect as many of his outrageous remarks as he can discover, so as to include them in a folder, to appear on this site. His opinions on many topics diverge shockingly from those of The Guardian, and it would be very helpful to his critics to be provided with the necessary evidence, together with snippets of the more easily digestible arguments, since those too will be proof of crime. Topics such as hunting, marriage, pop music, Israel, sex, gender, identity and the nation have provided Roger with such opportunities for criminal thinking that we are sure we will be able to provide our readers with a bulging folder of charges. This will save Roger’s critics a lot of unnecessary trouble and serve to brighten their lives with a sense of their own righteousness.”

The New Criterion said of the practice of offense archaeology that it “dramatizes a number of troubling questions about the status of free speech, open debate, and, indeed, the nature of our common life together in a polity that once gloried in championing its commitment to tolerance and rational disputation.”

Scruton, the report noted, “is fond of quoting a famous passage from the second chapter of John Stuart Mill’s 1859 manifesto On Liberty: ‘The peculiar evil of silencing the expression of an opinion,’ Mill wrote, ‘is, that it is robbing the human race; posterity as well as the existing generation; those who dissent from the opinion, still more than those who hold it. If the opinion is right, they are deprived of the opportunity of exchanging error for truth: if wrong, they lose, what is almost as great a benefit, the clearer perception and livelier impression of truth, produced by its collision with error.’ ”

Cold Pursuit, Kevin Hart, Liam Neeson, Oscars, Roger Scruton, triggered, What is offense archaeology? Is anyone safe from it?, WorldTribune.com