Most conservatives, and just about all independents, have a huge misperception of the left. They think that the gulf between conservatism and leftism is primarily about means, not goals.

This perception is wrong. It is their goals that are irreconcilable. And until conservatives, independents and the Republican Party understand this, it will not be possible to defeat the left. 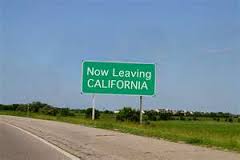 Take economic indicators. Most conservatives talk and act as if bad economic news disturbs the left as much as it disturbs them. It doesn’t.

Almost everywhere the left is in control — in California, for example — the economic news is awful. But this has no effect on the ruling Democrats, the Los Angeles Times editorial page, New York Times economics columnist Paul Krugman or others on the left.

There is one overriding philosophical reason and one political reason for this. But before I identify them, permit me to note some of the economic facts of life in California.

Unless otherwise noted, the following data have been culled by Chapman University Professor Joel Kotkin, and published in the Wall Street Journal, the Orange County Register and elsewhere. (For the record, Kotkin is a self-described “Truman Democrat” who voted for the Democrat governor Jerry Brown of California.)

In the last 20 years, about 4 million more people have left California than came in from other states. Most of those leaving are young families.

In the last 15 years, one-third of California’s industrial employment base has disappeared. That’s 600,000 jobs that have disappeared.

California has the 48th-worst business tax climate. (The Tax Foundation)

California’s electricity prices are 50 percent higher than the national average.

Middle-class workers in California, those who earn more than $48,000, pay a top income tax rate of 9.3 percent. That’s higher than what millionaires pay in 47 other states.

California’s unemployment rate is fourth highest in the nation.

An estimated 25 billion barrels of oil are sitting untapped in the Monterey and Bakersfield shale deposits. California is therefore sending billions of dollars to Texas, Canada and elsewhere to buy natural gas and oil that it could have produced itself.

Twitter, Adobe, eBay and Oracle, among other major California tech companies, have moved many operations to Salt Lake City.

Hollywood is doing more and more of its filming in Louisiana, Canada and elsewhere to avoid California taxes.

Toyota just announced that it is moving its U.S. headquarters from Los Angeles to Dallas. This will eliminate 3,000 or more generally high-wage jobs.

Occidental Petroleum recently announced that it is moving its headquarters from Los Angeles to Houston.

Until relatively recently, half of the country’s top 10 energy firms — ARCO, Getty Oil, Union Oil, Occidental and Chevron — were based in California. Today, only Chevron remains, and it is gradually relocating in Houston. (Reuters)

Tesla will likely locate its proposed $5 billion battery factory, which would employ upward of 6,500 people, in Nevada, Arizona, New Mexico or Texas. According to greentechmedia.com, California “didn’t make the short list because of the potential for regulatory and environmental delays.”

California’s Monterey Shale offers a potential employment bonanza for workers needing access to entry-level jobs in the high-paying energy sector. But California’s green lobby is striving to deny them that opportunity.

(John Husing, chief economist of the Inland Empire Economic Partnership, Los Angeles Daily News)
Now back to our riddle. Why do these state-crushing economic statistics — nearly every one of which is the result of left-wing policies — have no effect on California’s Democrats, the Los Angeles Times editorial page, New York Times economics columnist Paul Krugman or almost anyone else on the left?

The answer is that they don’t care. Yes, of course, as individuals with a heart, most people, right and left, care about people losing their jobs. But in terms of what matters to the left and the policies they pursue, they don’t care. The left and the political party it controls do not care if their policies force companies to leave the state (or the country). They don’t care about the coming high inflation caused by Quantitative Easing (printing money) — Krugman calls it The Inflation Obsession — or the job-depressing effects of high taxes, or energy prices that hurt the middle class, or compelling businesses to leave.

Therefore, both philosophically and politically, the left has no reason to be troubled by bad economic news. And it isn’t. It is troubled by inequality and carbon emissions.

Dennis Prager is the author of “Still the Best Hope: Why the World Needs American Values to Triumph” and creator of PragerUniversity.com.