Limbaugh interviews Gertz: Welcome to the Information War which the U.S. is losing

RUSH: As somebody who knows about cyber wars and cyber security, how do you, Bill Gertz…? How do you process this stuff? How do you react to it? ‘Cause you know whether some of this stuff is true, legitimate or not. So how do you deal with it yourself?

GERTZ: Yeah. This is an amazing phenomenon. What we’re seeing is what I call information warfare. It’s basically the kind of warfare that’s gonna dominate our society because we live in an information age, and we’re under assault from all quarters, not just the Russians. The Chinese, the Iranians, and I even put the liberal left in the kind of domestic information warfare. It’s a broad-scale assault, and the United States is ill-prepared to deal with it. We just don’t have anything that can counteract these lies and disinformation the way we did during the Cold War. 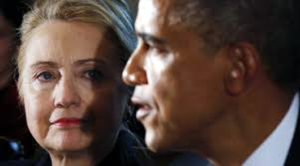 RUSH: By that, do you mean we don’t have secure systems that would block cyber attacks, that we do not have good firewalls, we don’t have systems in place to be able to identify these attacks when they’re happening and be able to stop them?

GERTZ: Yes. We’ve learned that the Internet is basically a lawless environment, and every time we build defenses, the bad guys find ways around them. The real solution is to go on the offensive, and under Obama, he has done absolutely nothing to counteract massive cyber attacks from the Chinese, now the Russians, and also the Iranians and North Koreans. Obama’s view was… He said back in October, he thought, oh, if we do something against the Russians for their hacking, then we start a Wild, Wild West exchange of cyber attacks.

RUSH: Now, wait, Bill. I mean, Obama told us that he called Putin in September and told him to cut it out.

GERTZ: Yeah. (chuckling) Yeah. Uh, obviously the message did not get through to the Kremlin.

RUSH: I wonder why. (laughing)

RUSH: Okay. So let’s get specifics. You’re fully aware of the politics. I have to admit I’m being a little unfair to Bill because Bill’s book is not per se about intraparty politics. It’s about the overall vulnerability of our country to all of this increasing cyber warfare, and he details how we have been hit that people don’t know. In other words, Chinese, Russian, Iranian, even Israeli success stories over the years. But specifically with everything you know, Bill, when you hear the actual phrase in the media “Russians hacked the election,” you know that that’s not actually what happened, correct?

GERTZ: Actually, it’s a combination. In the past, cyber attacks were primarily for stealing information for espionage purposes. That was the specialty of the Chinese. But in the case of the election campaign — not the vote, but the election campaign — the Russians attacked certain political figures on both sides. You know, Colin Powell emails were hacked. Gen. Breedlove, the NATO commander, his emails were hacked by the Russians. And then these emails were leaked to select media that were conduits for Russian propaganda to achieve a certain political goal. That’s the difference here. It’s not just cyber espionage and stealing secrets to help Russian industry or Chinese industry.

RUSH: And now they’re practically admitting it because it happened to them and their computer systems at the DNC.

GERTZ: Yeah, and I could tell you in the early part of the Obama administration when Hillary did her ridiculous reset attempt, the U.S. government throughout the law enforcement and national security community was ordered not to say anything negative about Vladimir Putin. In other words, Putin was their central person that they were trying to reset relations with. Well, and then of course Crimea happened. They invaded Crimea, and things turned south from there. But there’s been no push-back against the Russians. And Vladimir Putin realized that he’s dealing with a patsy in the Obama administration.